Lots and Lots happened in November. However, I almost had a heart attack when I couldn't find any pictures from that month on the computer. I thought that I had been a total slacker. But I knew that couldn't be because that is the month Dan's brother Ryan from Utah came up to visit and stayed for Thanksgiving. It's also the month I am usually busy prepping for Christmas with lots of projects. Thankfully I found all the pictures I had taken on my phone in my Dropbox folder. Whew!

We've found a great new local restaurant that has amazing hamburgers. It's called the Junkyard Grill. It is in what used to be a farmers produce market that was only open during the summer months. The decor is awesome. They have hubcaps and old license plates all over the walls, and they even have a real classic pick up truck inside where they've turned the truck bed into a table with dining stools.

Did I mention the burgers are awesome? They are freshly made and aren't from nasty frozen patties. It's REAL food. Not the most healthy but is a fun treat once in awhile we will definitely be frequenting this place. And we love that is locally owned and operated. We like knowing we are supporting the small local businesses in our town and it's even better when they are amazing like this one! 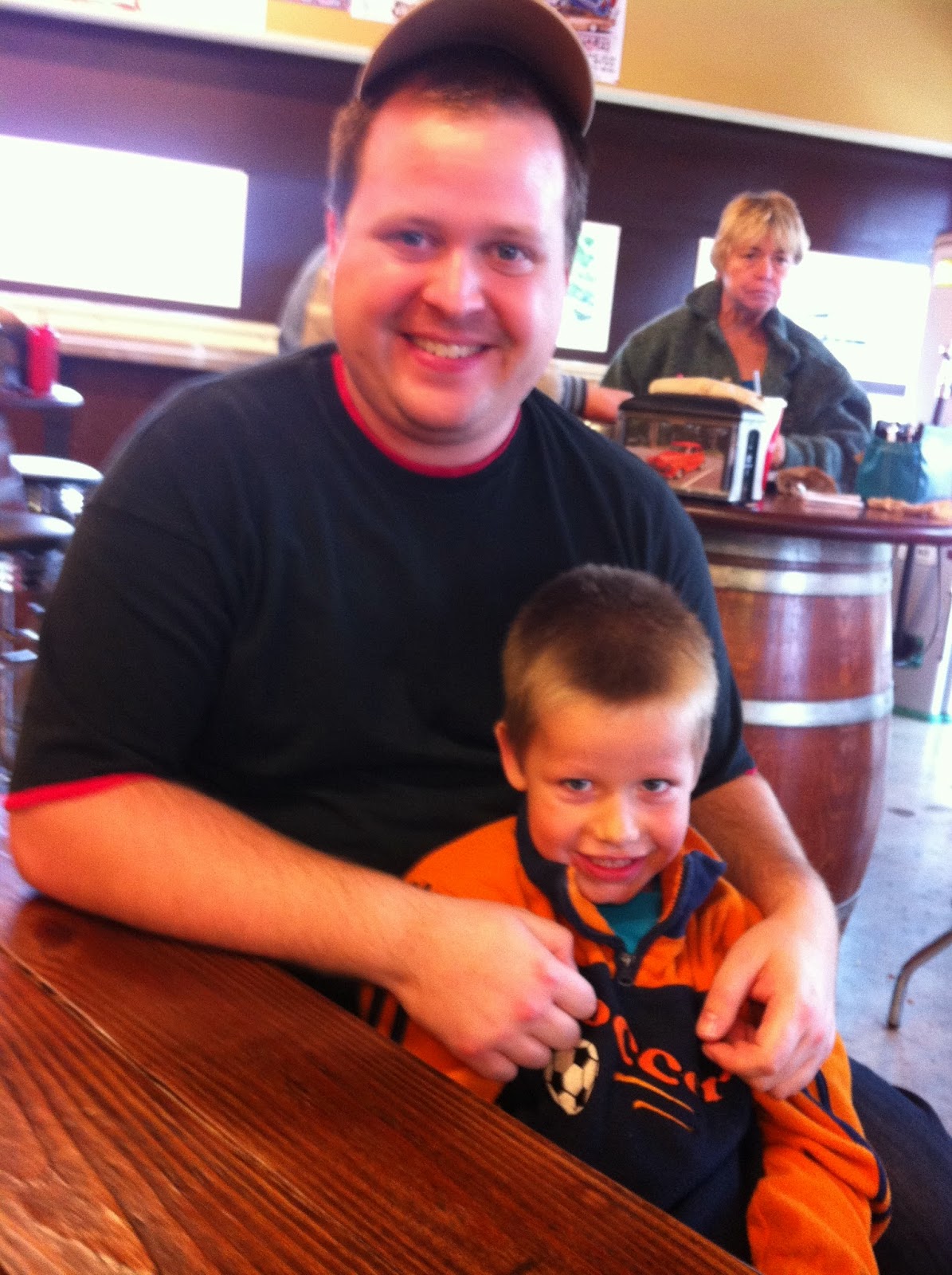 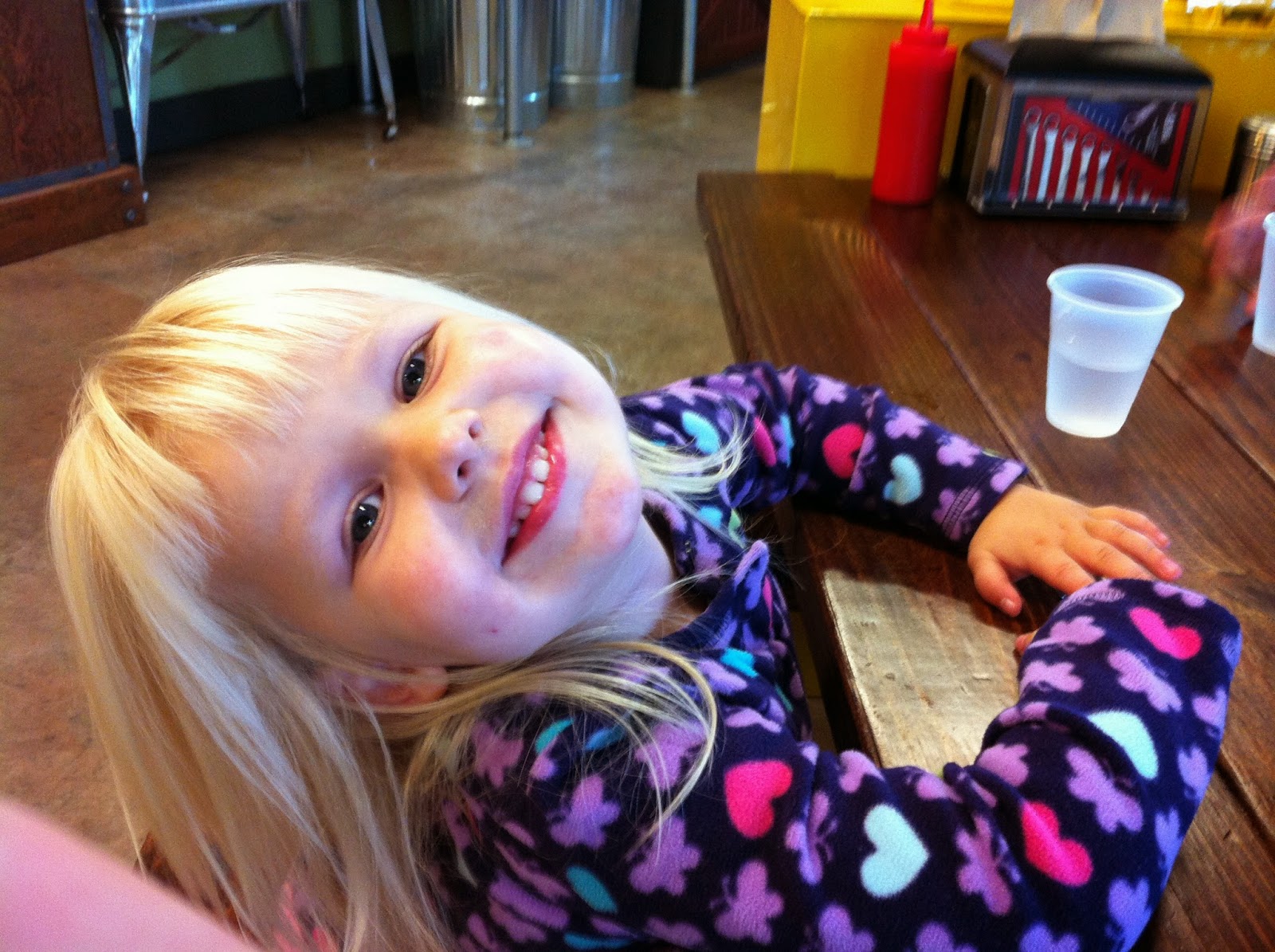 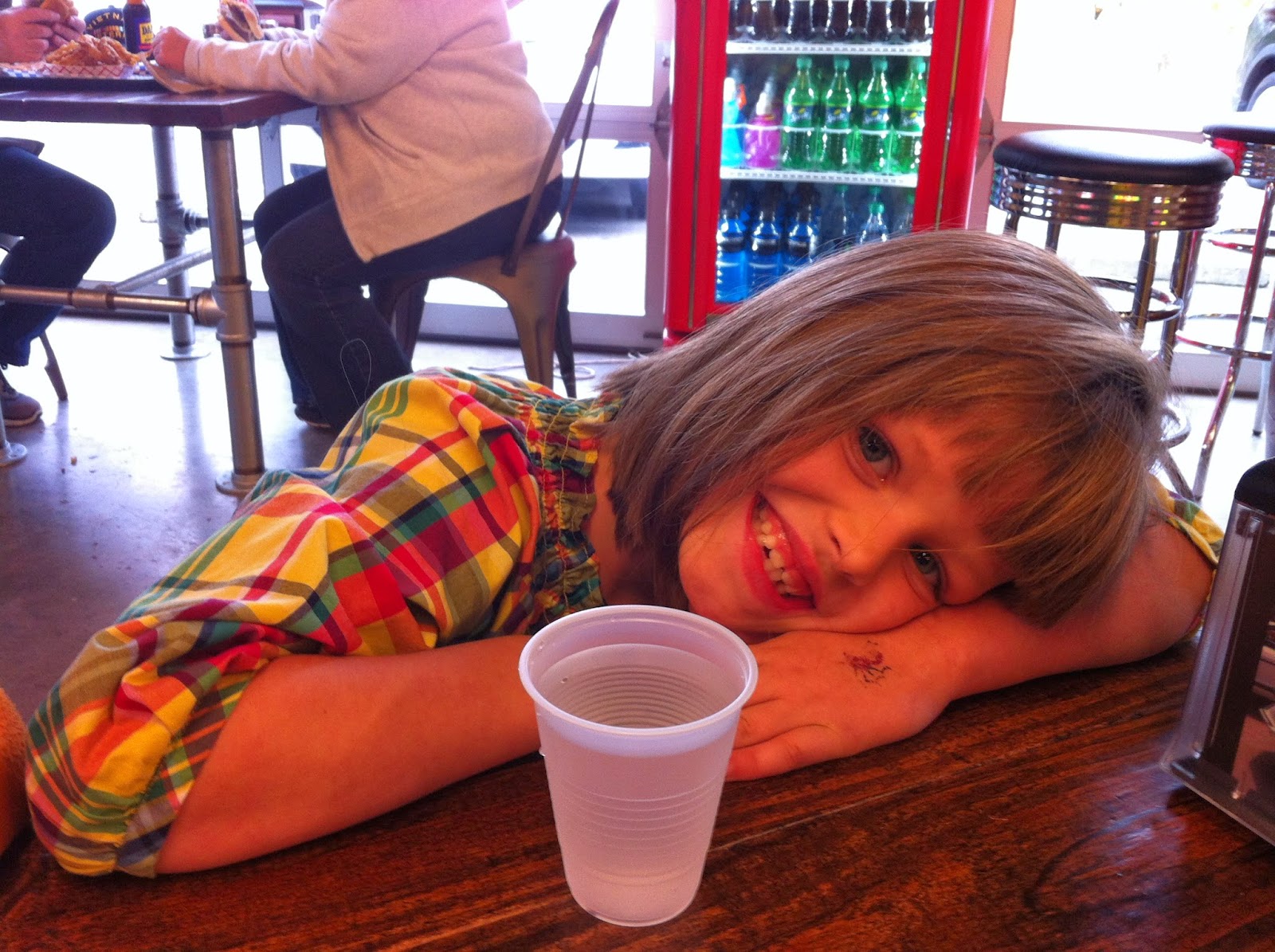 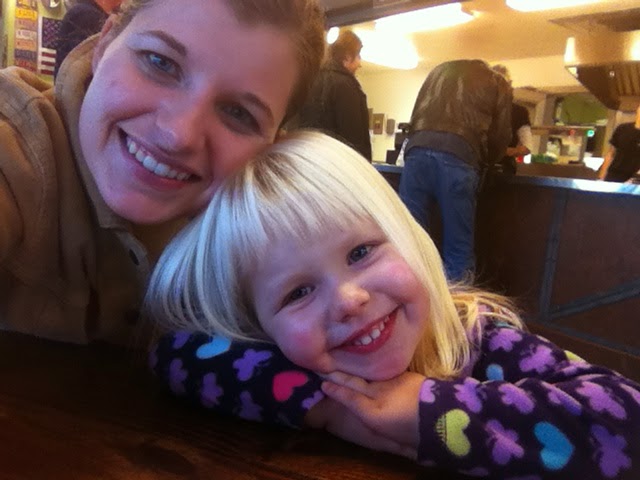 I attended a Zumba fundraiser for one of my friends back in Marysville. It was to support the awareness and cure of childhood obesity. This is a picture of me all dressed in my blue gear. 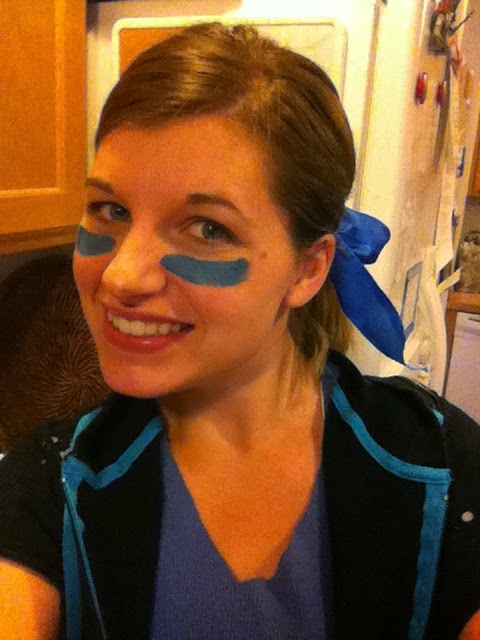 And what holiday is complete without me painting something on the windows? This year I went with a Charlie Brown Theme. I had Snoopy and Woodstock on one side with a turkey and Charlie Brown on the other. It turned out pretty amazing if I do say so myself. So much in fact I left it up for Christmas as well. :) 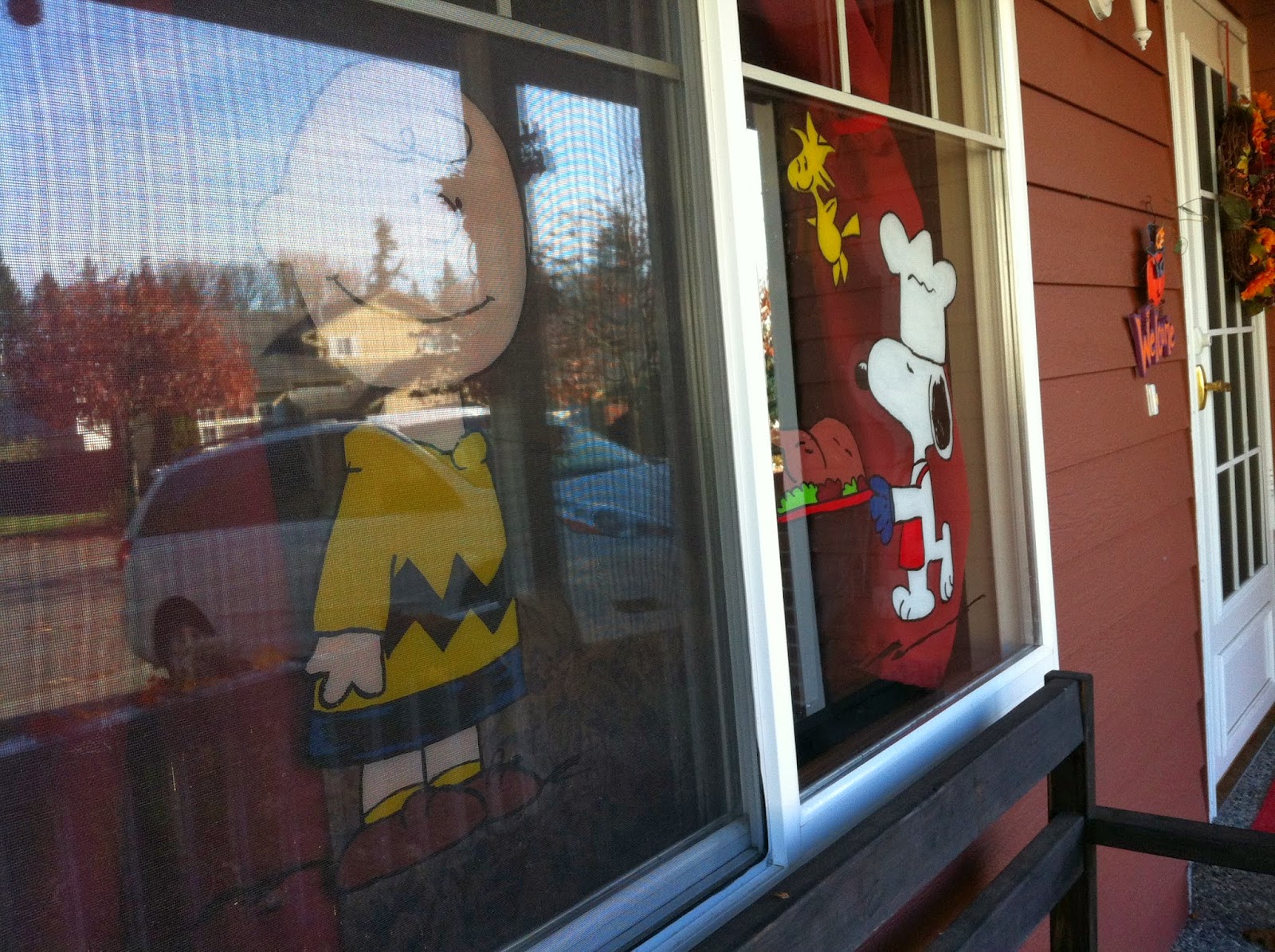 November was also the month that Dan and I decided we would try again for another baby. We had been putting it off for awhile for a few reasons and decided that most of the reasons why we were "waiting" were just selfish on our part. So the IUD came out! 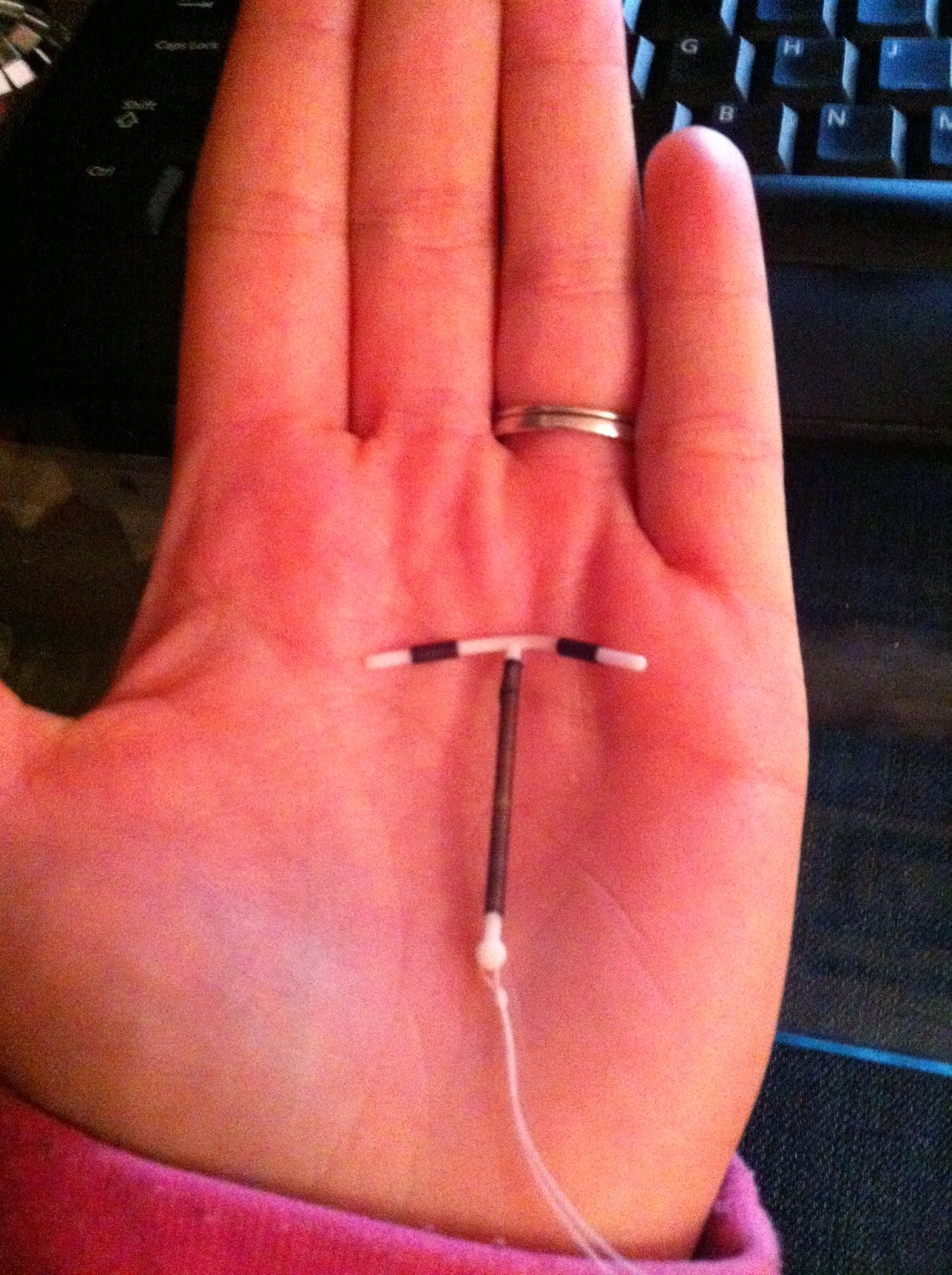 Dan and I continue our tradition of leaving notes for each other everywhere and we have discovered the joy of bathtub crayons on our bathroom mirrors. This is a note I left for Dan one morning. "When I tell you I LOVE YOU, I don't say it our of habit or to make conversation. I say it to remind you that YOU ARE the BEST THING that ever happened to me." It is a fun tradition that we have done ever since we've been married and I don't think we'll be stopping any time soon. 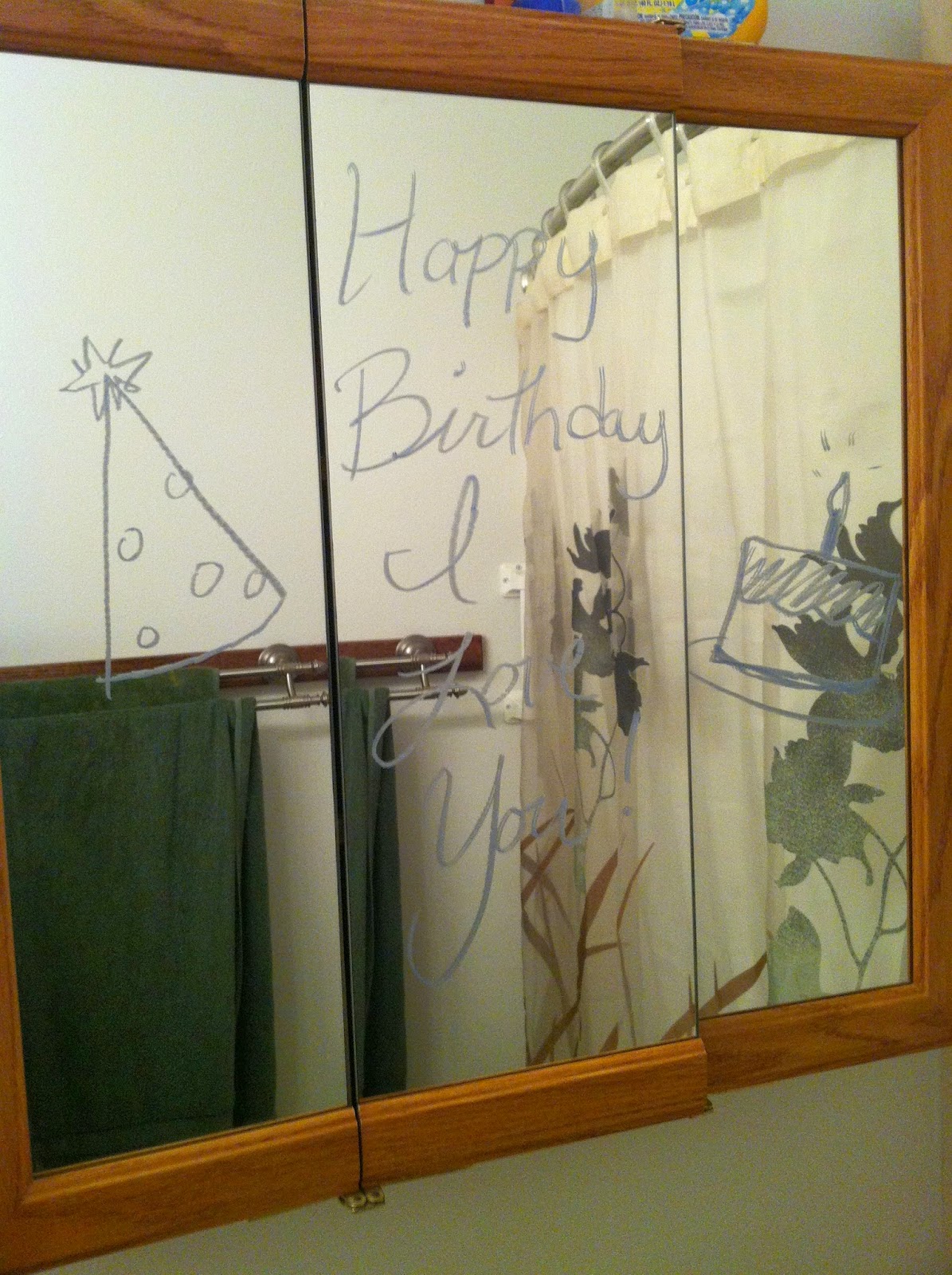 We were expecting company this month with Dan's brother coming to visit and they would be bringing their 3 kids so we decided that we needed to replace the bunkbed ladder that we re-purposed on our kid's swing set. So a new one was built and painted. It was nice to have access to the extra bed and was fun for Ethan to be able to "Finally" sleep on the top bunk in his room. 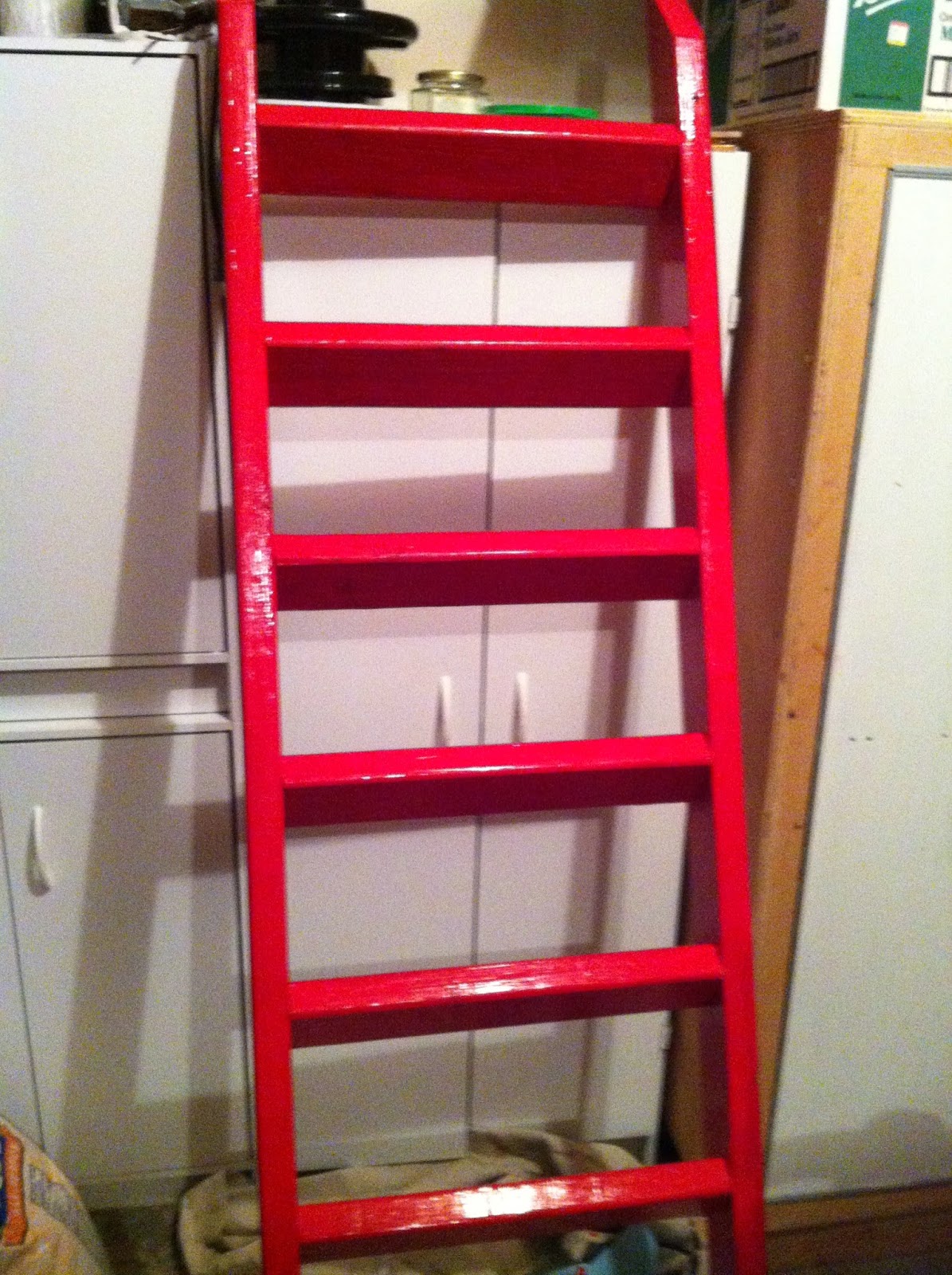 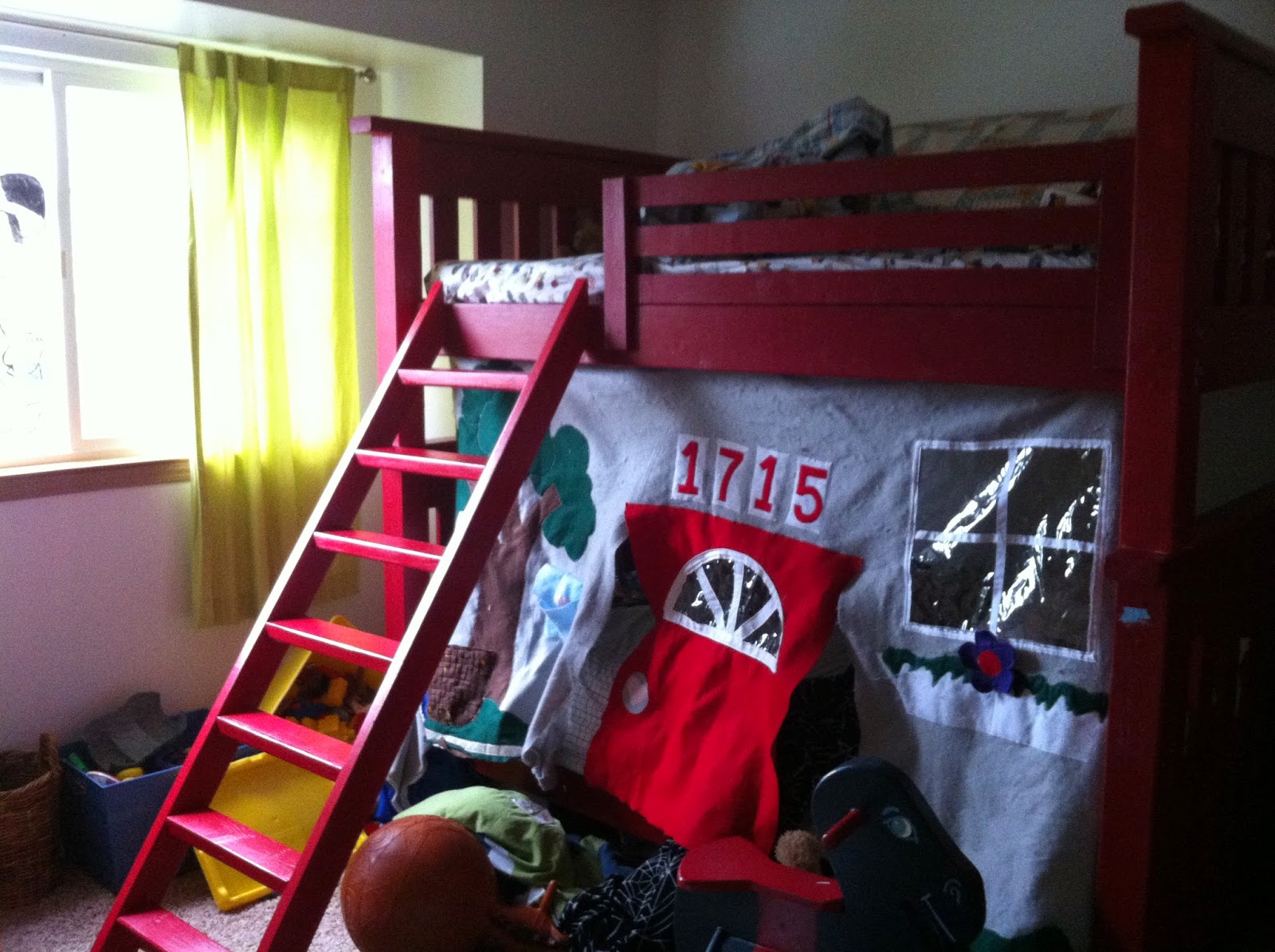 We had some pretty nice days in November. I took advantage of warmer temperatures and took Emma out for some runs on the airport trail near our house. This a a crazy pic we took while taking a breather. 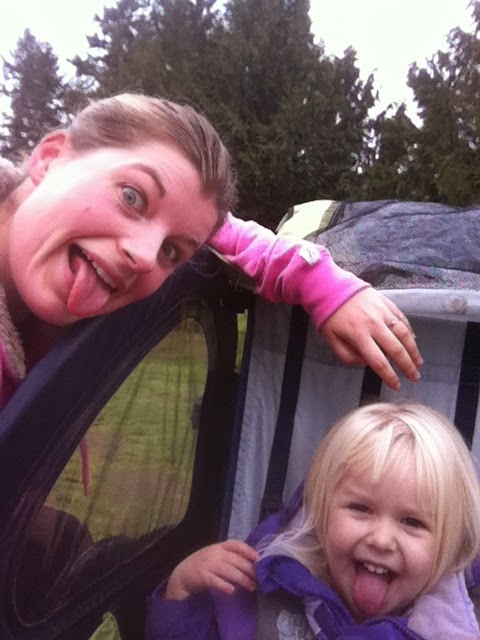 One of the projects that I did to get ready for Christmas is to have these plates made for each of the kids. They now have two of them from previous years. The goal is that when they leave for college etc. they will each have their own set of plates to take with them. And it is just plain fun! 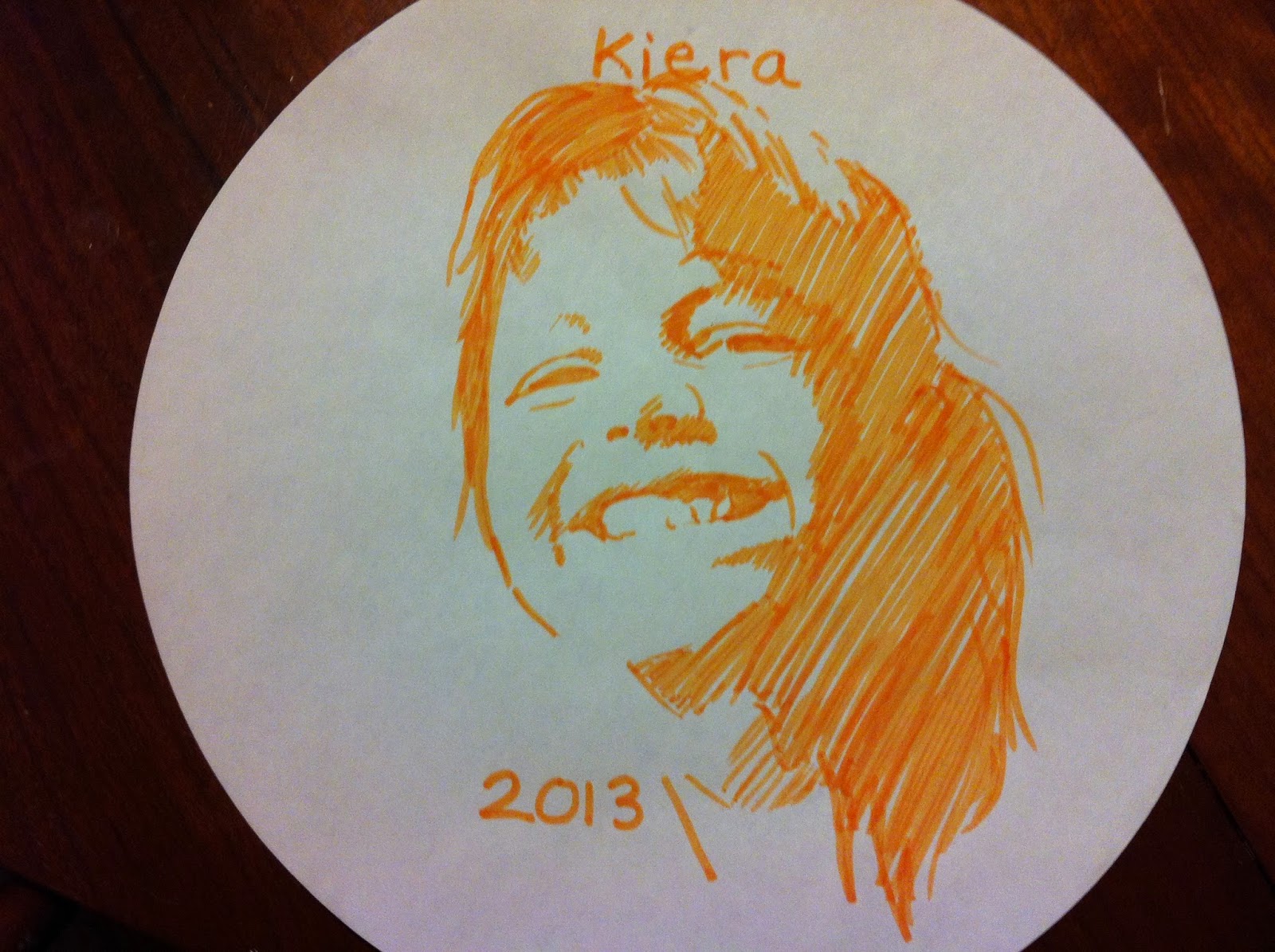 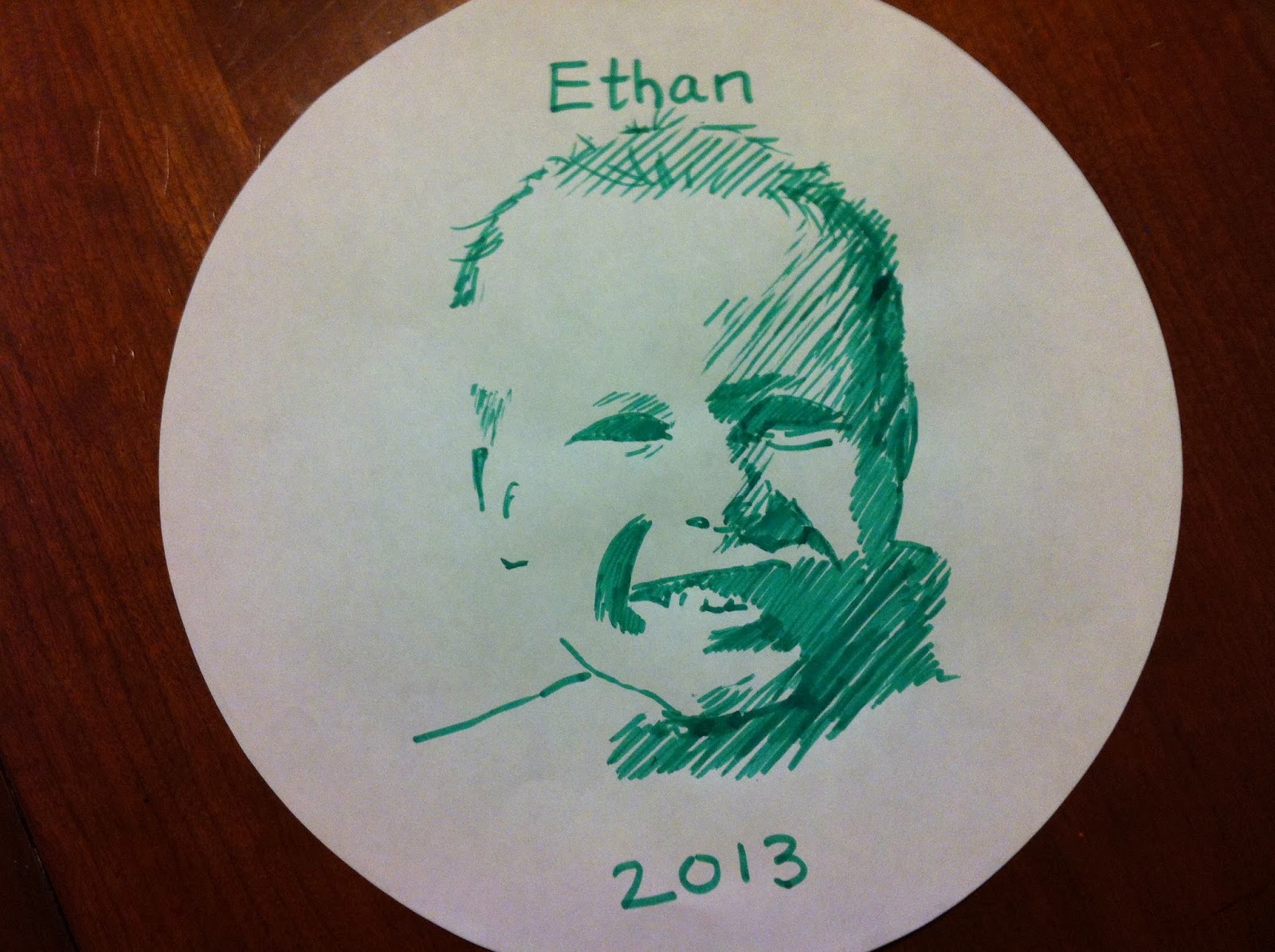 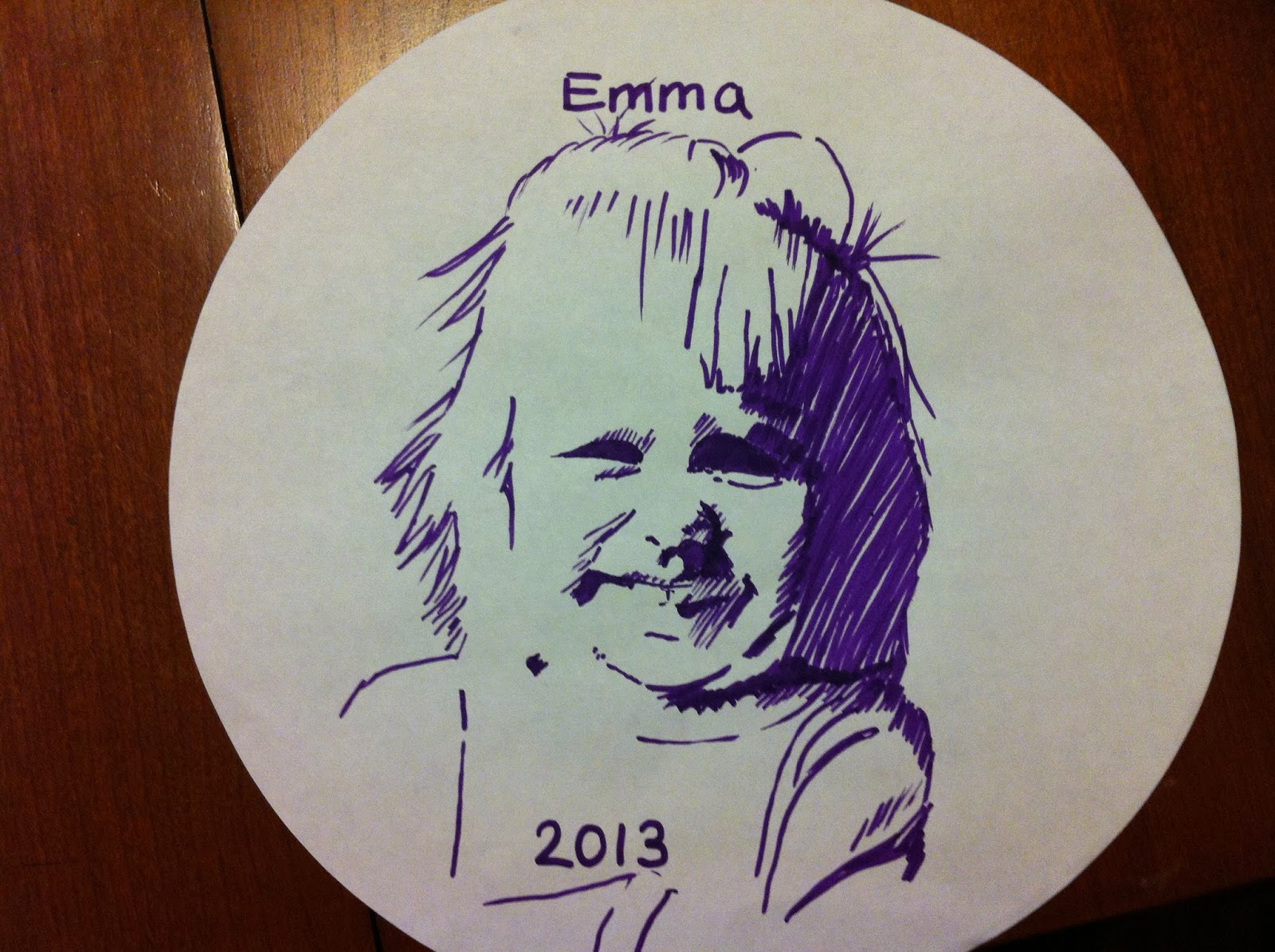 Ethan only has school Mondays, Wednesdays and every other Friday so when he's not at school he and Emma spend a lot of time together. This is a pic I took of Ethan showing Emma the "right" way to wear a baseball cap. So cute! 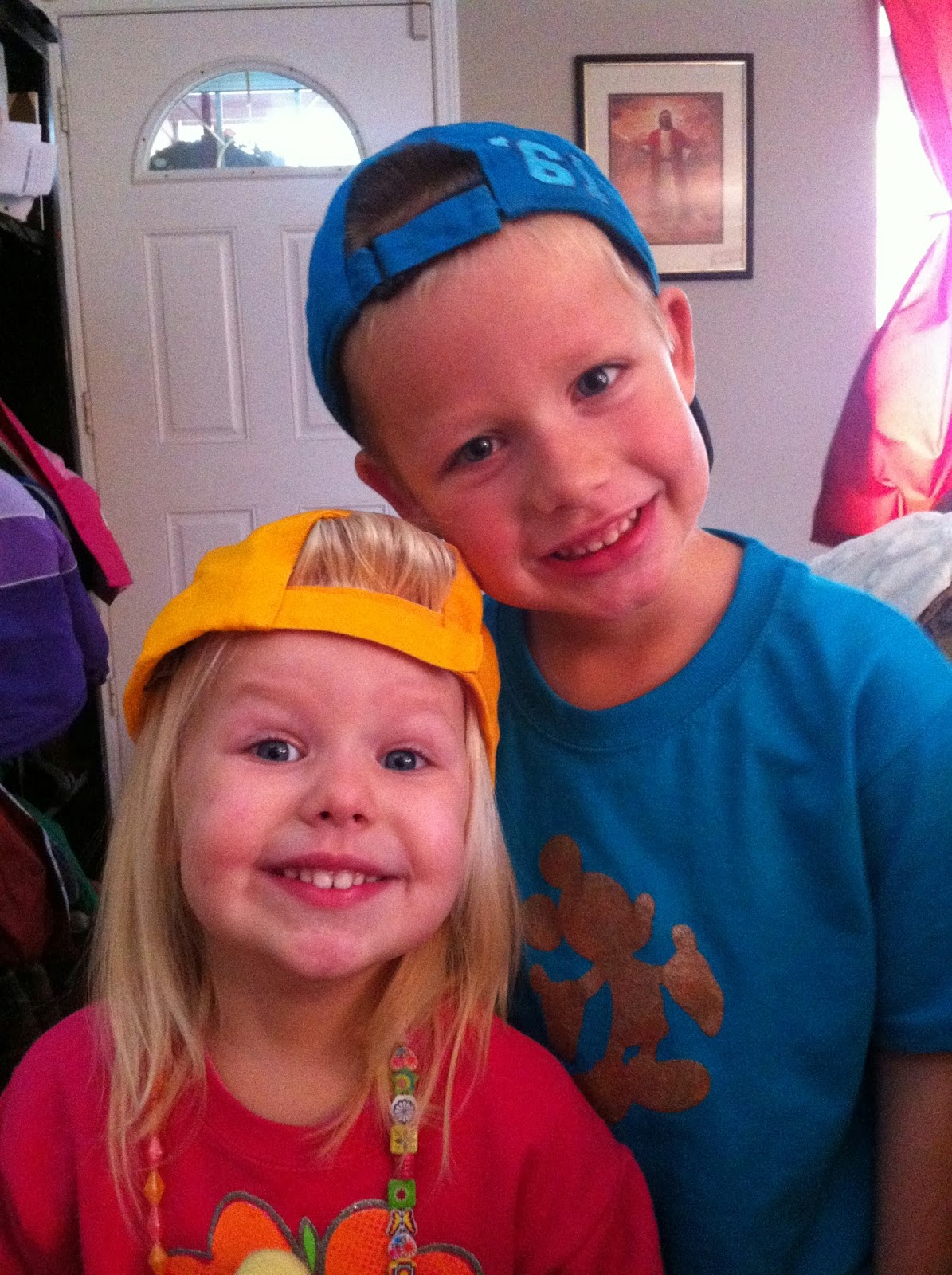 Breaking out the paints to pass the time while the other two are at school. I love how Emma sticks out her tongue just like her daddy does while she's concentrating! 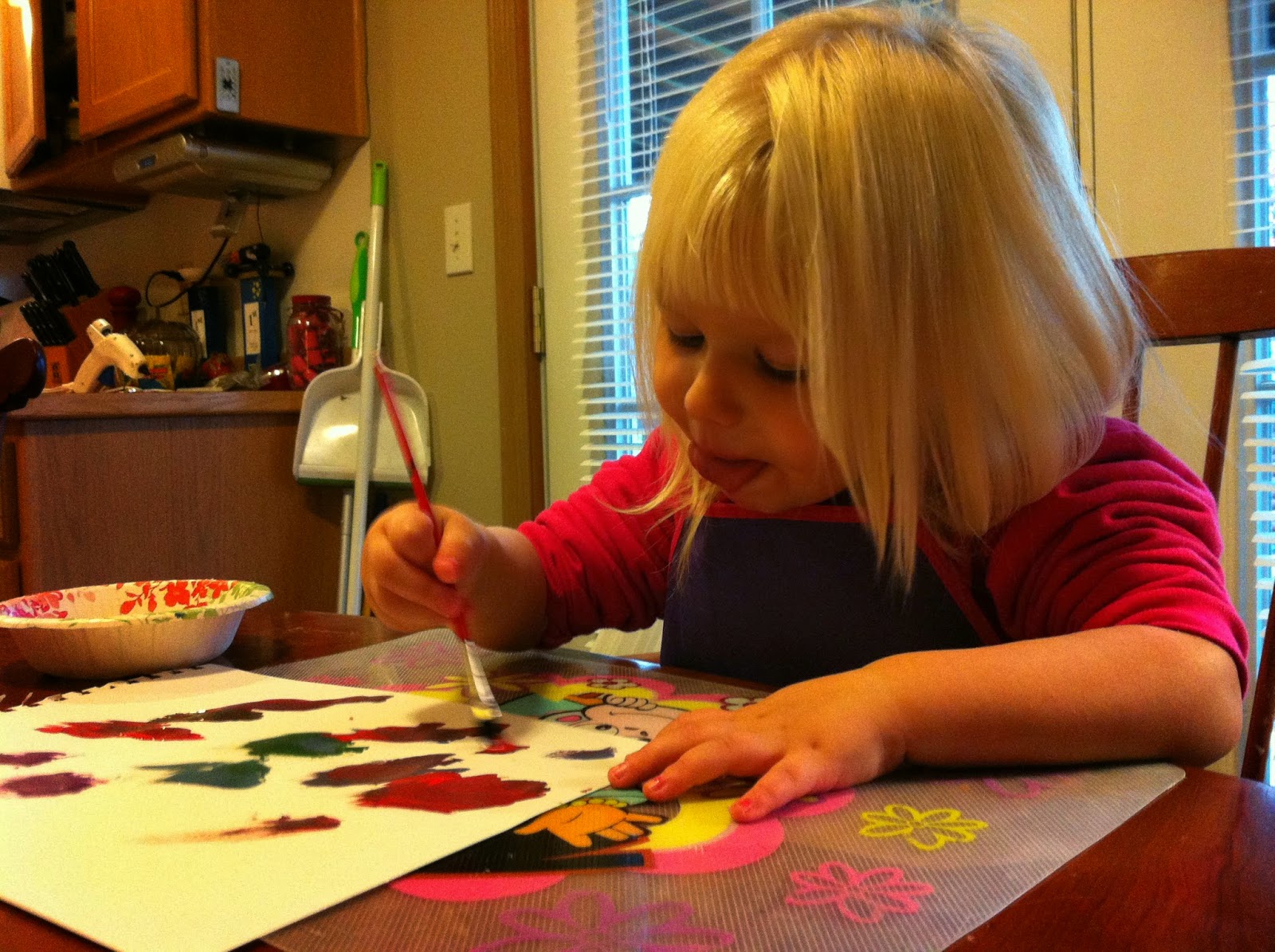 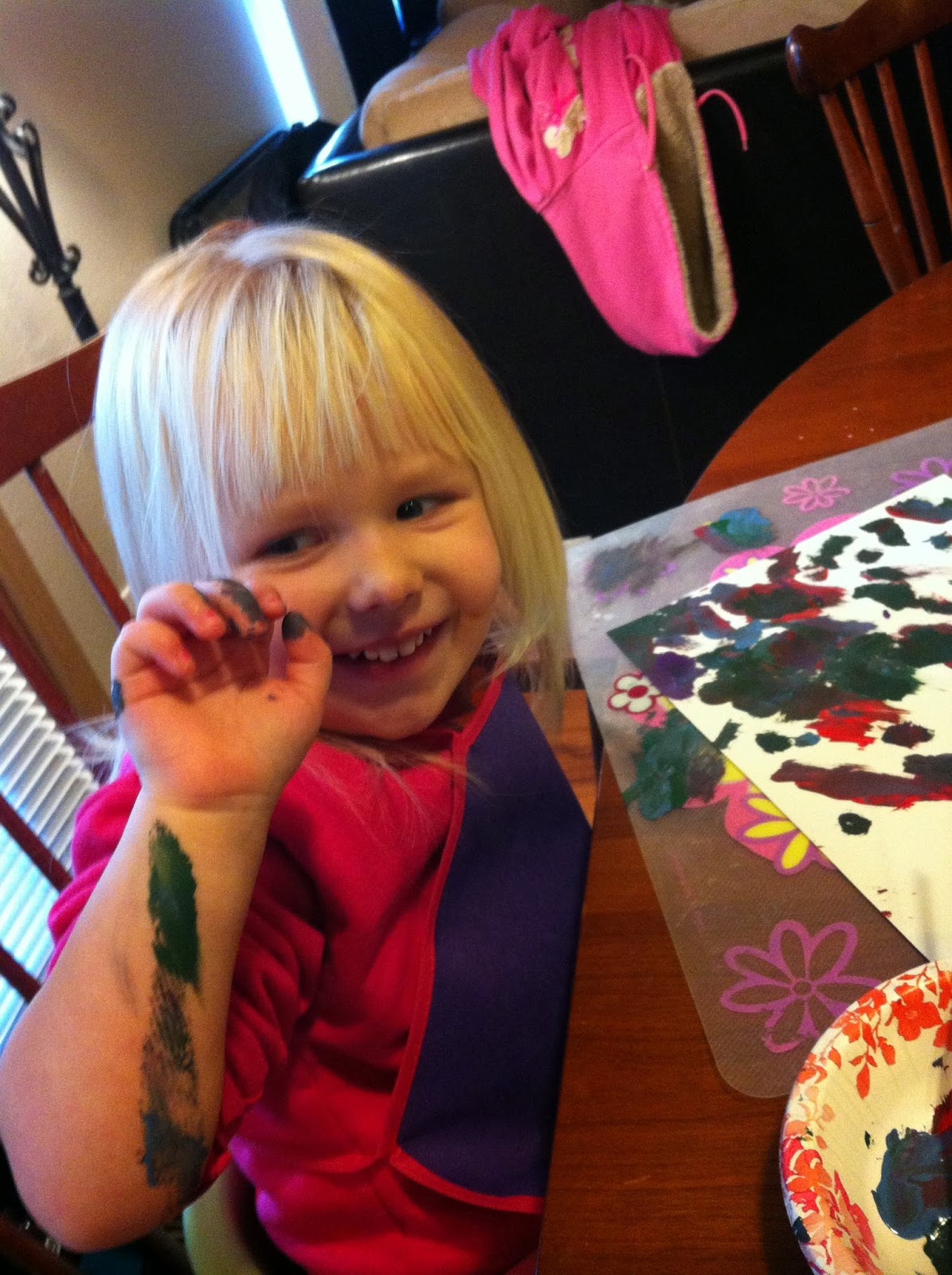 I made these cute Nativites for my Visiting Teaching ladies and for my Mom, Mother-in-Law, and Sister-in-Law. They were a project I had seen on the internet and had to give it a go. I love how they turned out! 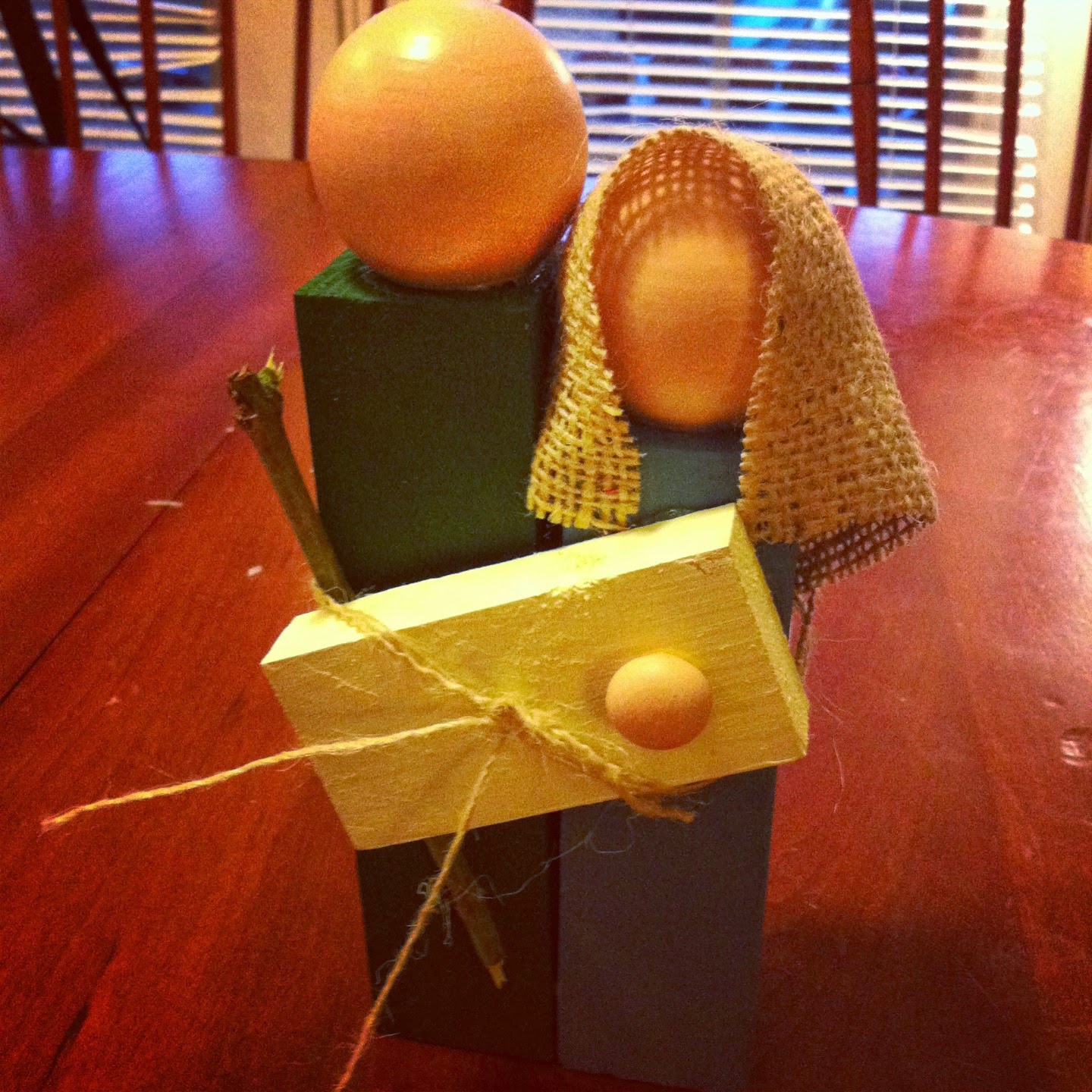 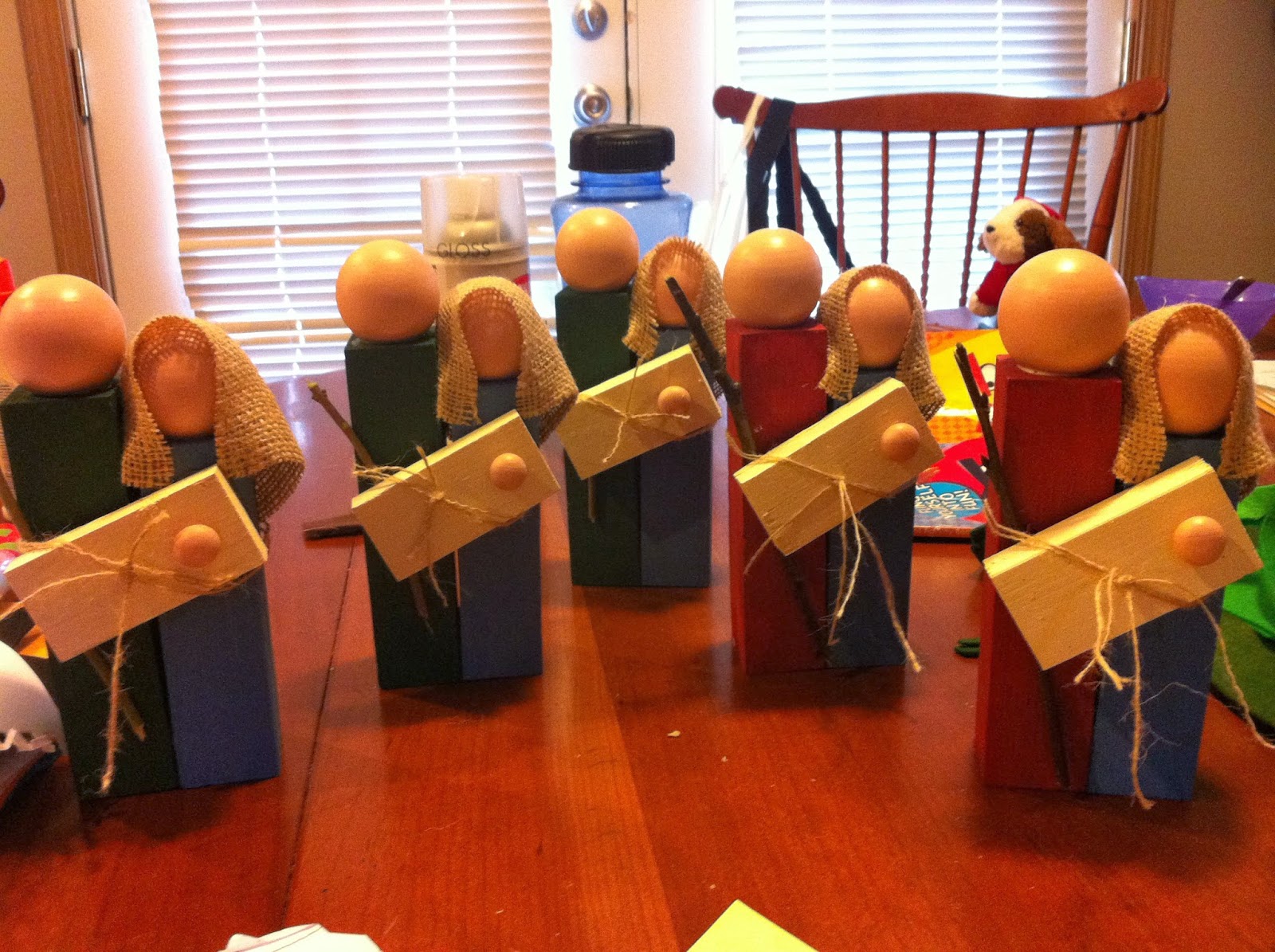 I also had the opportunity arise to make tons and tons of these snowmen kits. It all came about when I posted a picture of one I had made and intended to give the kids for Christmas. A friend of mine saw them on Facebook and asked if I would be willing to make one for her and she'd pay me for it. I said sure and then she too posted a picture of the one I sent her in the mail. All her friends kept asking where she got it. So long story short...I made lots and lots and earned some extra spending money for Christmas. 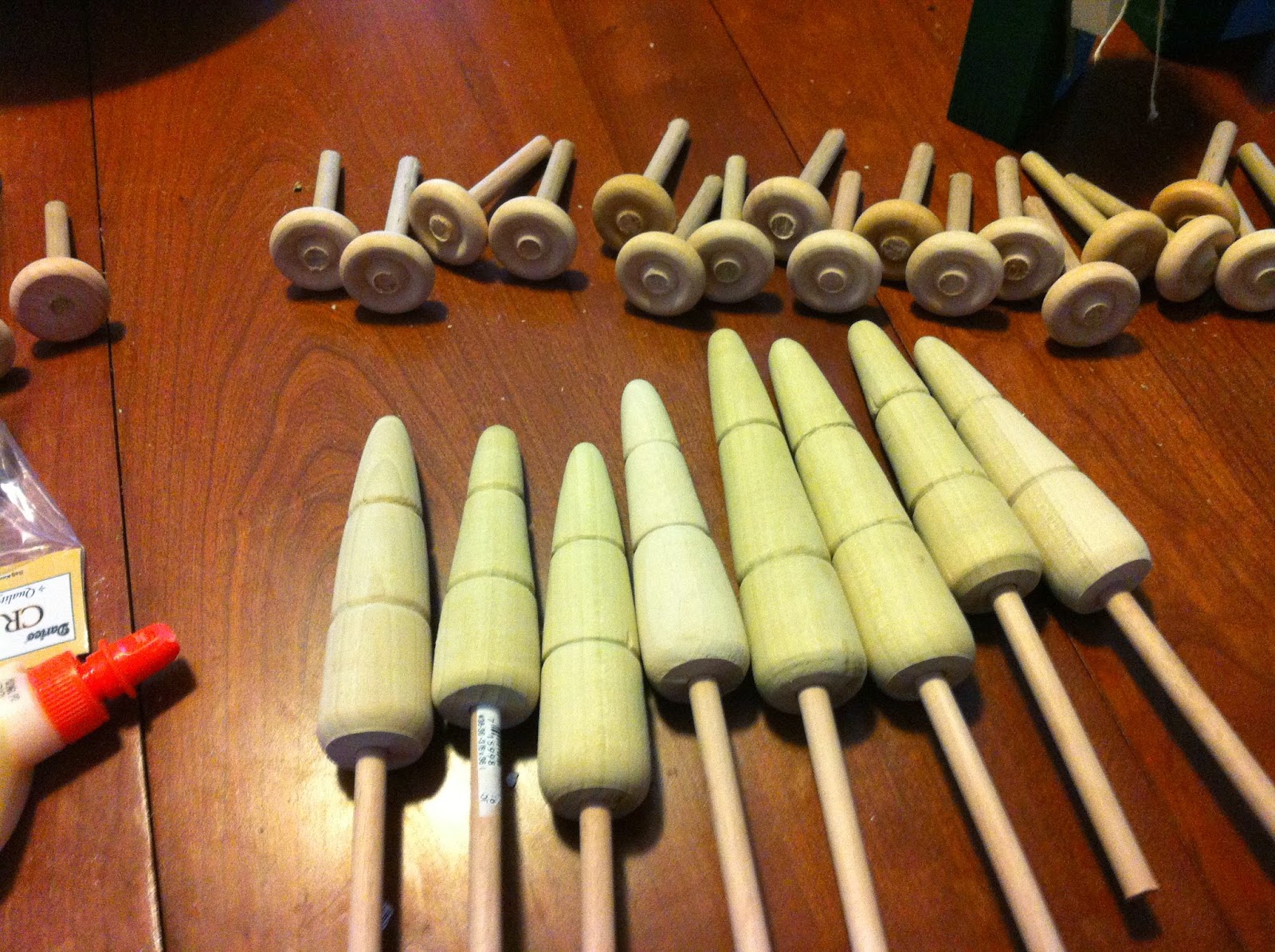 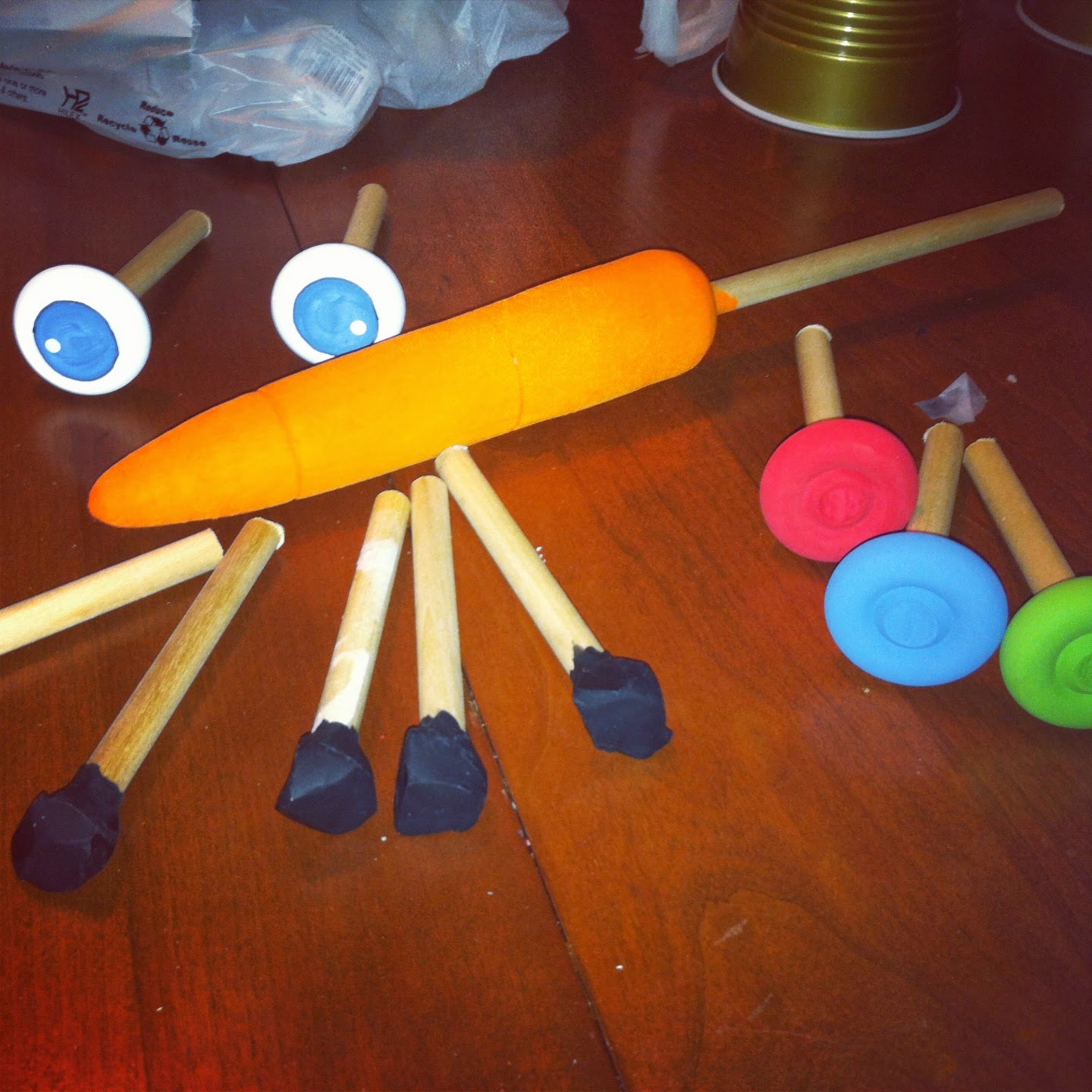 We rotate names each year on Dan's side of the family of who we get gifts for. And this year we had Ryan and Michelle's Family. I decided to make a bunk-bed playhouse for my nephews Timmy and Luke. It velcros to the underside of the top bunk. From what I hear it was a big hit. But I think my sewing machine needs a tune-up after that one :) 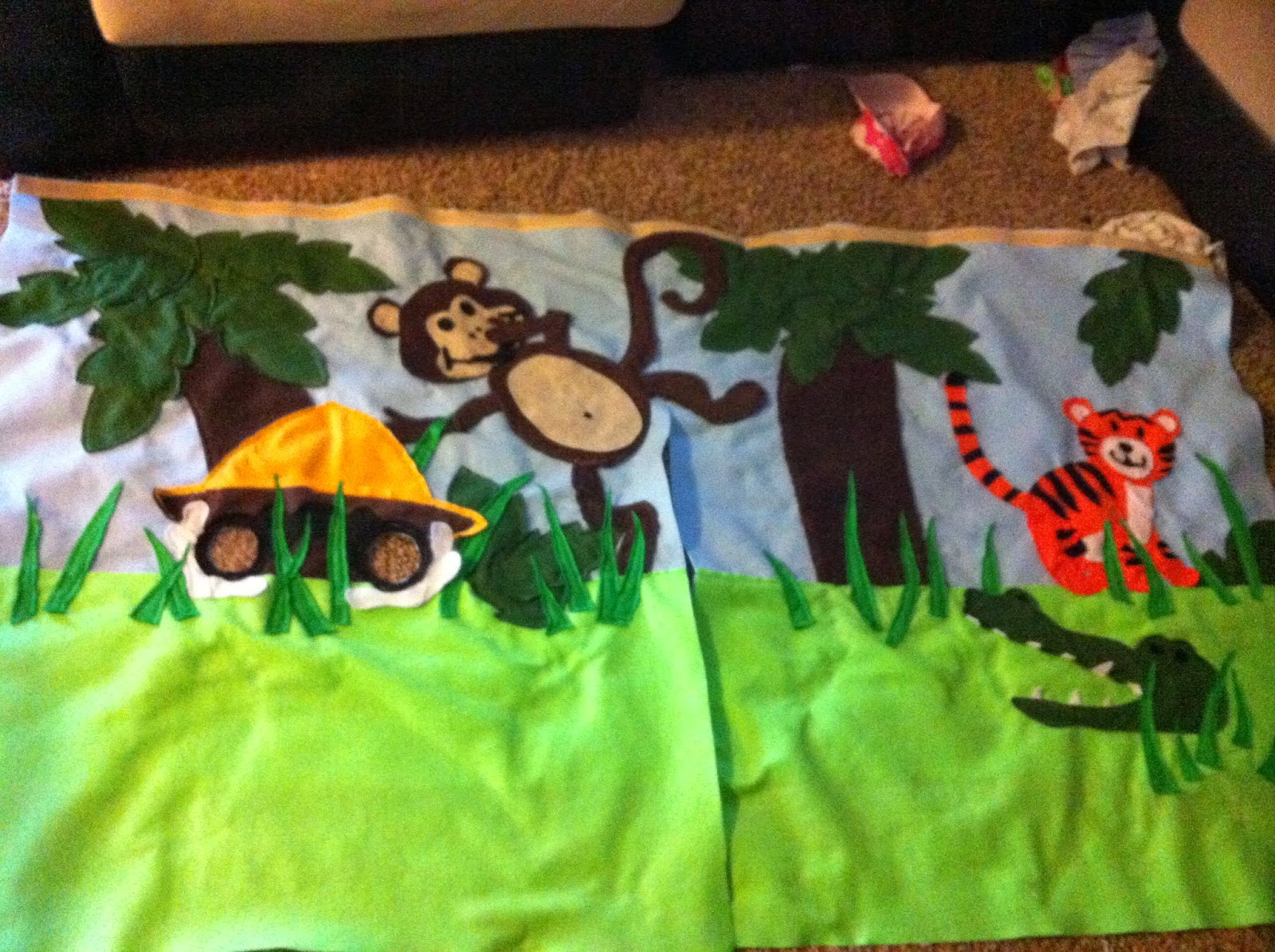 Ryan's family finally arrived and we took them out to our newly found restaurant Junkyard Grill. The kids loved it and I don't think I have see anyone eat as many french fries as those kids did! On the left from top to bottom is: Ethan, Timmy and Emma. And on the right is: Kiera and Mary. 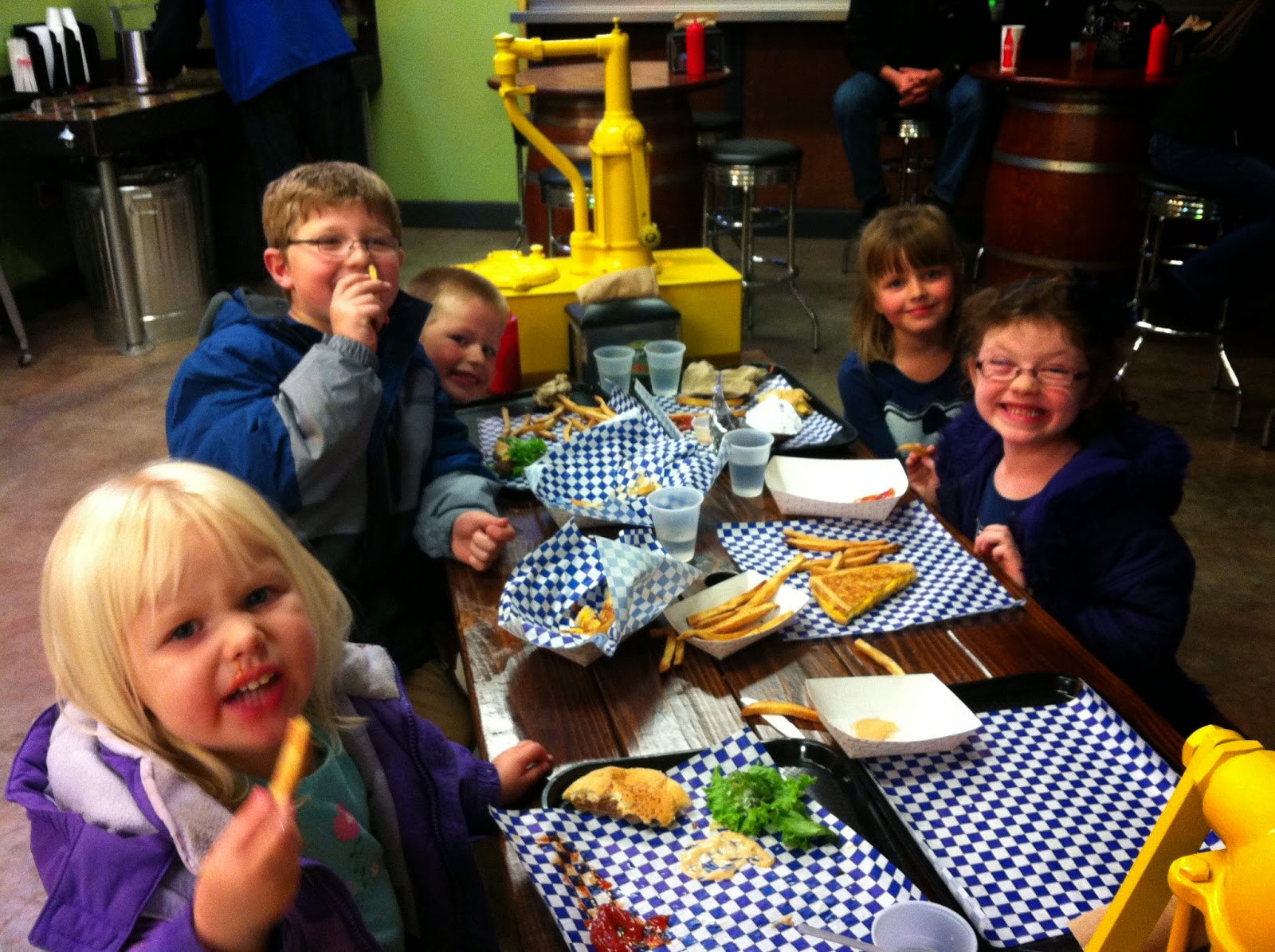 Thanksgiving was wonderful. There was soooo much food! We had everyone over. Steven's family, Ryan's family, and I even had my cousin Tim Stone and his date over. The night went well and we even enjoyed some saxophone music (courtesy of my cousin Tim). The only bummer was that Ethan was sick so he spend the night hanging out on the couch with a bucket. Not a fun way to spend Thanksgiving. 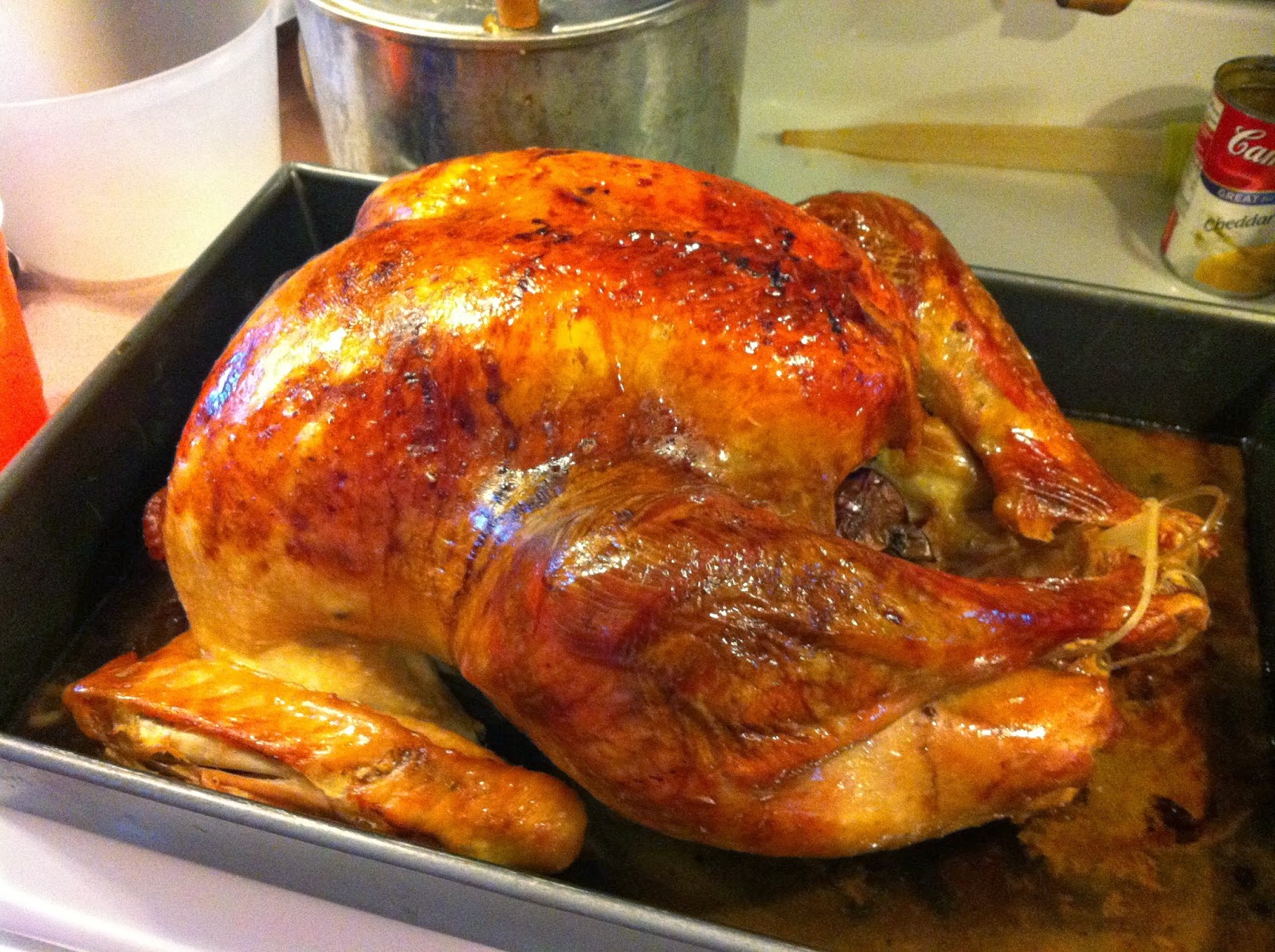 We also treated Ryan and Michelle to a hockey game at our Silver Tips stadium. They had never been to one. Sadly Dan ended up catching whatever Ethan had and couldn't come so Grandpa Glenn took his spot. 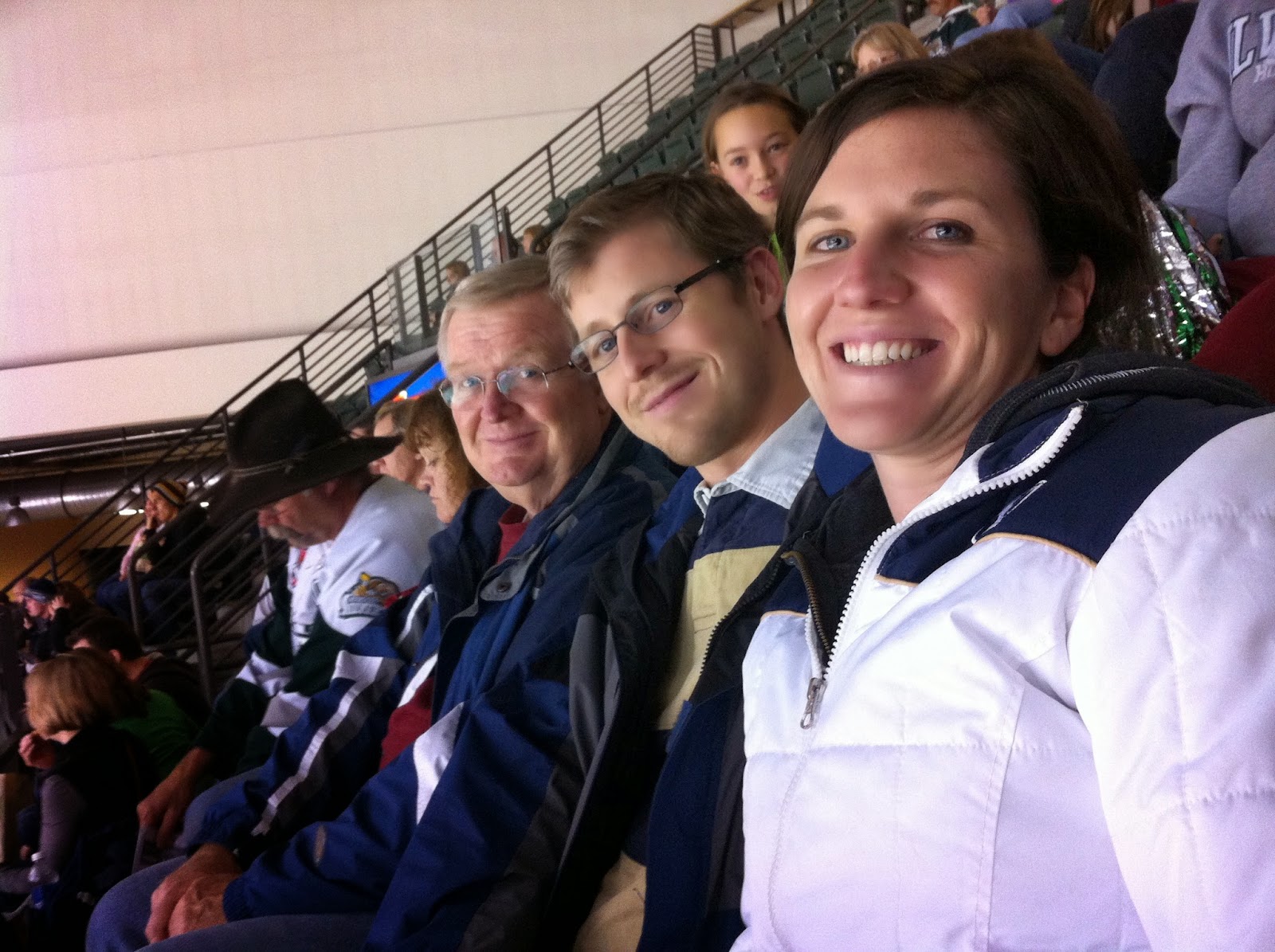 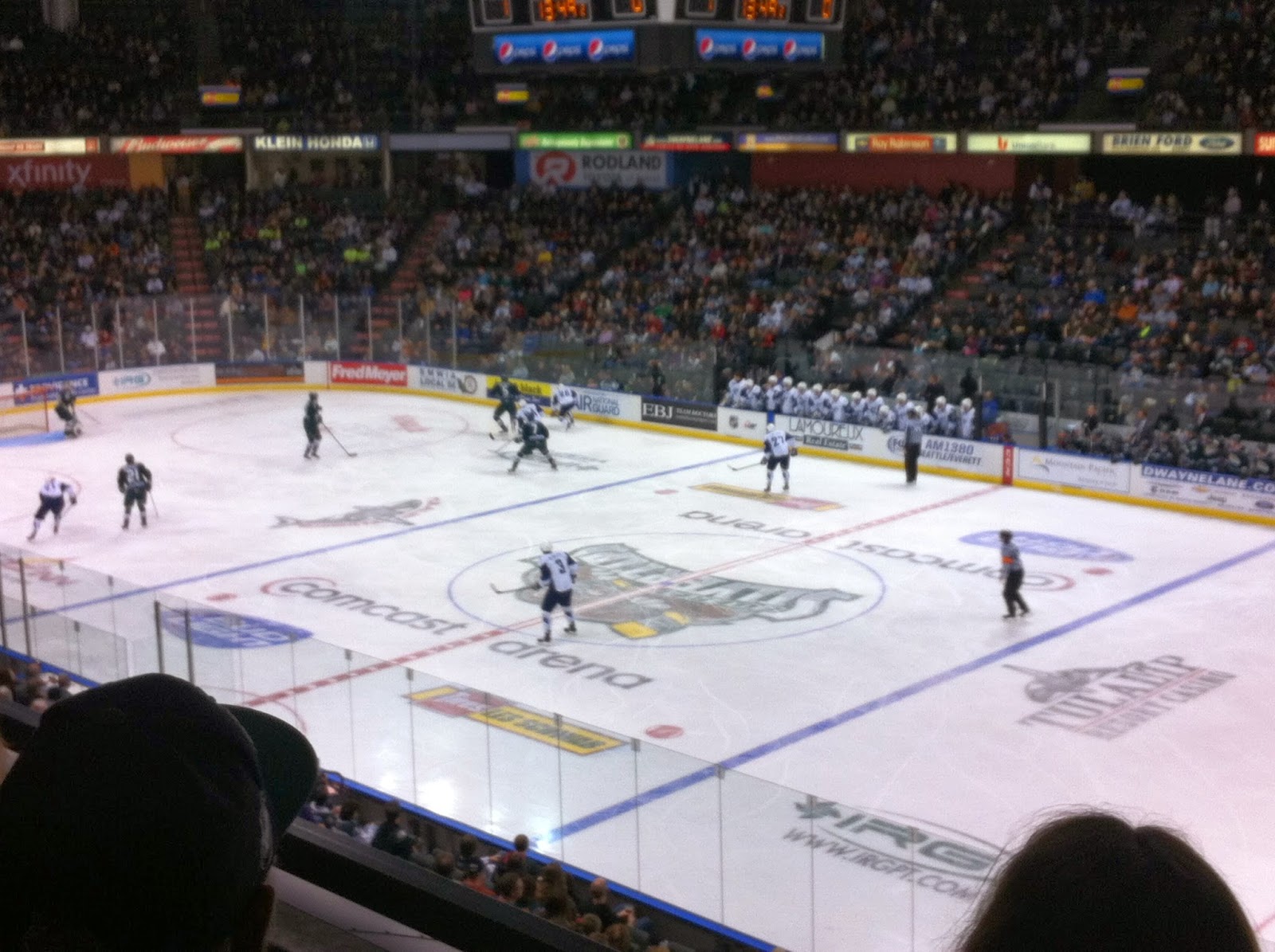 Whatever Ethan had passed quickly and we soon learned that EVERYONE was getting it. Steve got sick and all three of Ryan and Michelle's kids had it. I too got it for a day. Luckily it was a quick bug that didn't last long but man! Not fun!
Posted by Goings on at the Glenn's at 10:53 AM No comments: Links to this post

Ok I have decided that I really need to catch up with all of 2013 so I can get my blog book printed for the year. I am already about 4 months into the new year and still haven't written anything about Halloween, Thanksgiving, or Christmas. Pretty sad. So here it goes....


We also had an Adult Only Halloween party one night. We had a costume contest with prizes and ate homemade chili with some other potluck goodies. We played "Minute to Win It" games and had a really good time. We had about 4 couples show up and it was a lot of fun. We hope to be able to do this yearly. 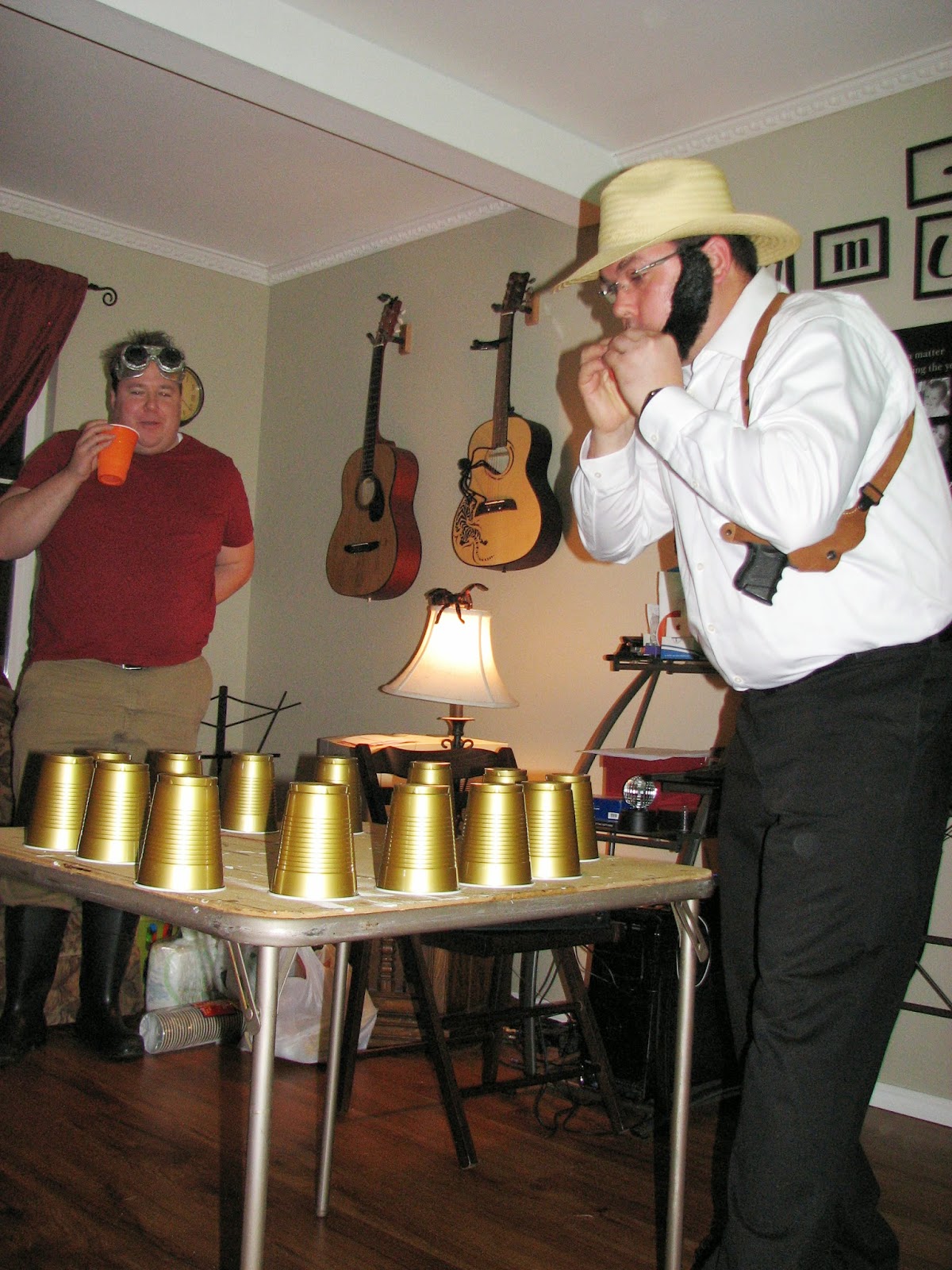 Posted by Goings on at the Glenn's at 2:15 PM No comments: Links to this post