The week before Christmas Dan left for the Philippines and so the kids and I spent a lot of time together. I was a rough week but we survived. Part of the reason I survived was because of the help I recieved from friends and family. A huge help was that Dan's Dad rode the train/bus up to Seattle so that I didn't have to make the drive back to Oregon City on my own with the kids in tow. In fact he drove the entire way! Thanks Grandpa! It was nice to have a couple days to relax and unwind before all the festivities started, and I even got to do it without Dan there! Now those are some super in-laws if I do say so myself!
Dan's parents and I would stay up late and play card games, eat Christmas candy, and visit after the kids went down. And Grandpa Glenn set up a train for the kids while Emma was down for a nap one day while we were there. The kids had fun putting Grandma's Christmas figurines on the train as it ran underneath the kitchen table. 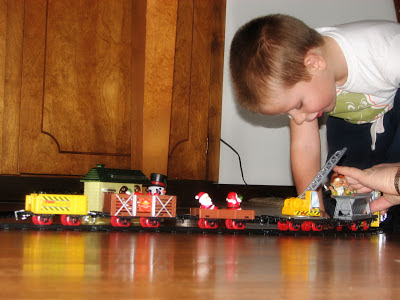 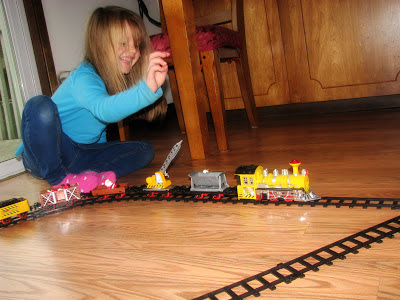 Another day before Christmas Eve Grandma and Grandpa treated the kids and I to a new aquarium that opened up close by. The kids had so much fun touching the fish and splashing in the water. It was quite an impressive little place for having previously been a steakhouse restaurant. 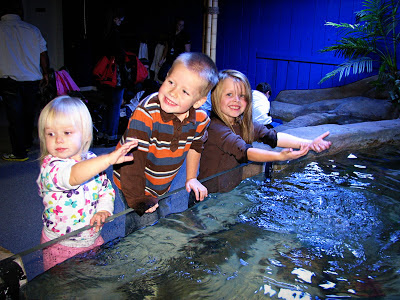 Christmas Eve finally came and my husband came home! He flew into Seattle and then took the train to Oregon City. I was so happy to have him home again. Christmas Eve was spent at Dan's Aunt Carol's House. We love going and seeing his cousins and extended family members. And every year The Christmas story is read from the special book that used to be read by Shellie's Brother Scott but is now read by his son Dayne.
I miss spending Christmas time at home but it is fun to take part in Dan's families traditions too. 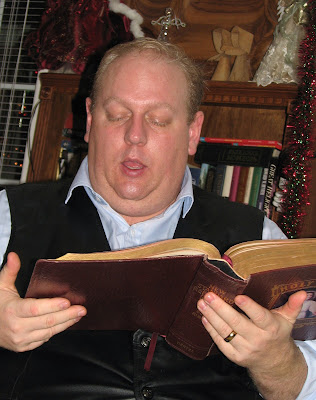 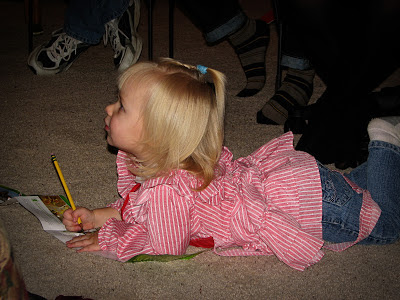 This is a picture of Emma chillin' on the floor while the Christmas story was read. She was poking holes in a CD cover page and saying "Ouch!" every time the pencil went through. I don't think anyone was able to listen to Dayne's telling of the story. It was pretty funny though.

We had a delicious dinner, family talent show with games. the famous dessert table gorging, and then finished it off with singing Christmas carols around the piano, and exchanging gifts.

The next morning was Christmas!
Rather than give a play-by-play here are some pictures from Christmas morning. 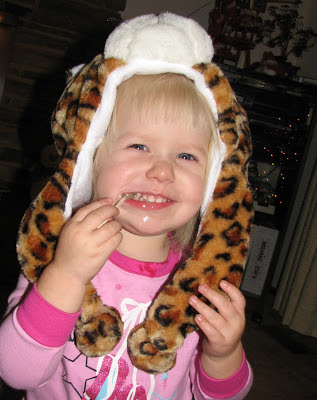 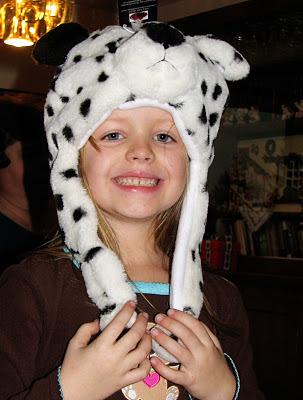 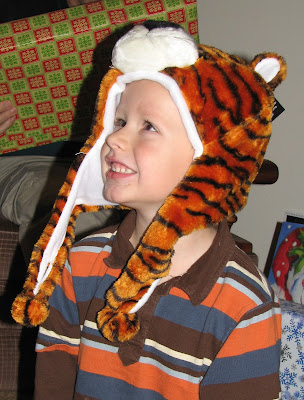 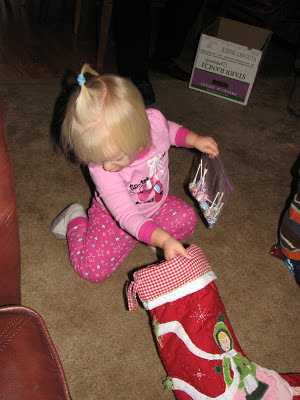 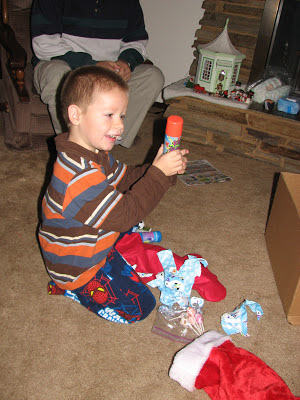 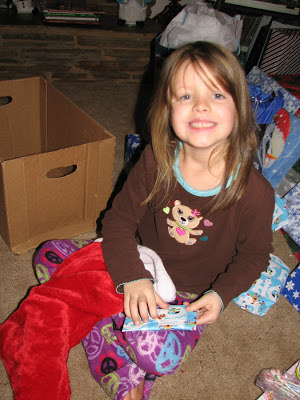 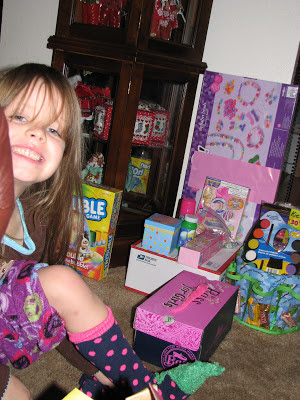 Santa also visited our house while we were at Grandma and Grandpas so as soon as we unloaded the van the kids enjoyed their second Christmas morning night. 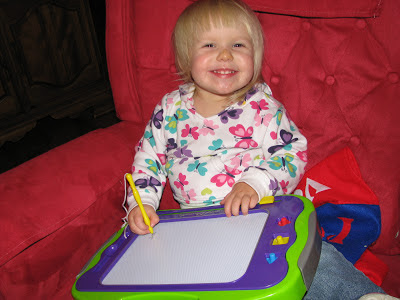 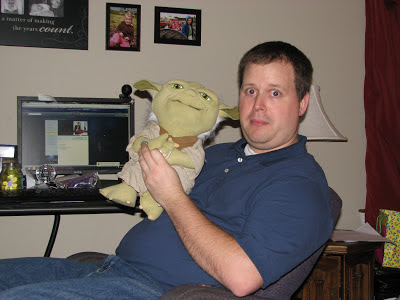 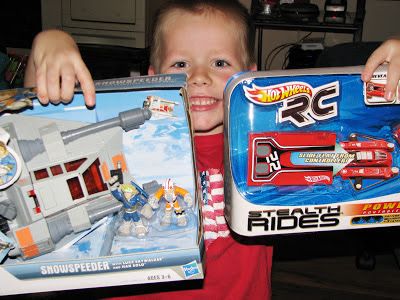 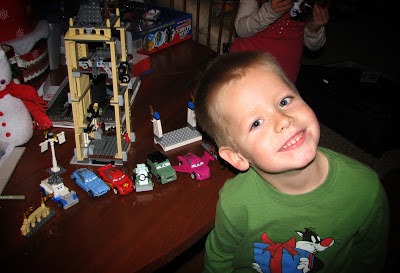 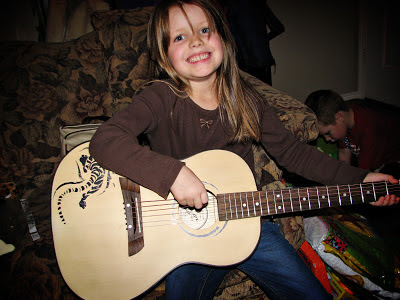 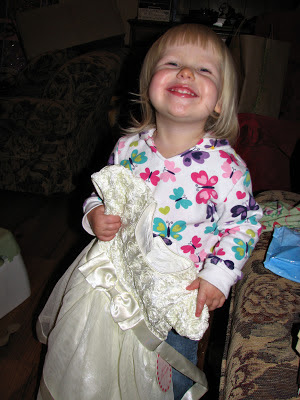 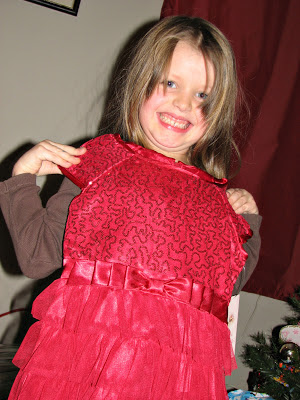 Awesome pictures! That was fun to see! We sure enjoyed having you here with us! Luv to all,
Grandma & Grandpa Glenn