School's out and we're having fun!


My strawberries have been needing to be thinned out and I have had this strawberry planter for a long time now. I think I've had it since we lived in Marysville, but I don't really care for how it looks. It's faded and worn out looking. So today I decided to give it a makeover with some spray paint specifically made for plastics.  It was left over from when I made over the kid's playground pirate steering wheel. 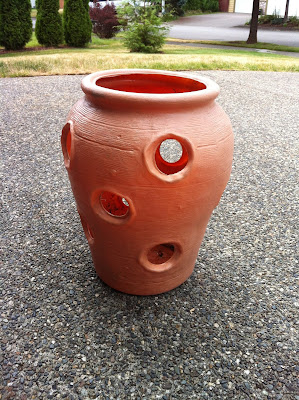 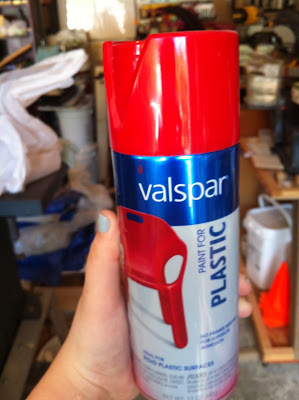 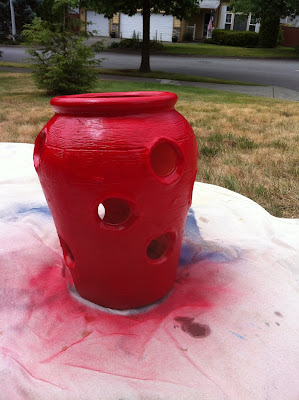 It has been really hot lately! So to beat the heat we bought a new kiddie pool for the kids. We put it on our back deck on top of our interlocking foam mats in hopes it will prevent any holes appearing. Here's Emma filling 'er up and ready to get in. 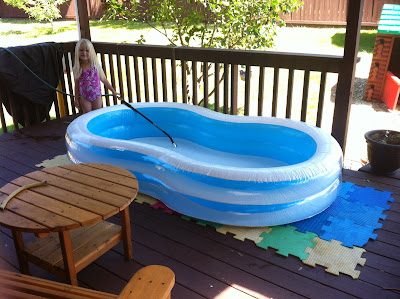 Ellie and I went out to get the mail and I couldn't help but take a picture of this cutie! She really likes to be held during the day as of late. I am just glad to have my baby carrier. 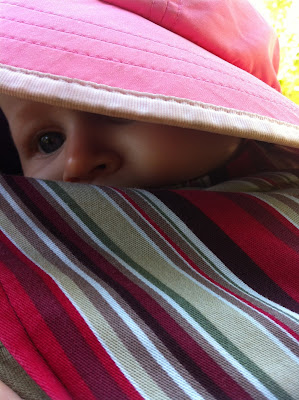 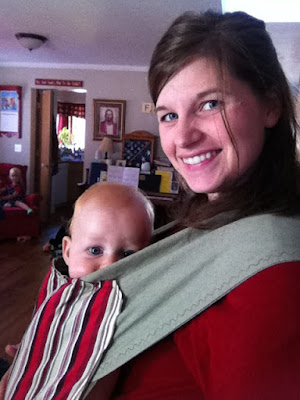 Kiera had a bit of an accident at a friends' house recently. She was running and fell and tried catching herself, but by doing so, she injured her left wrist. They doctors don't see a break on the x-rays but after a week in the splint they decided to be on the safe side and casted anyways. It was still hurting around the area of the growth plate. 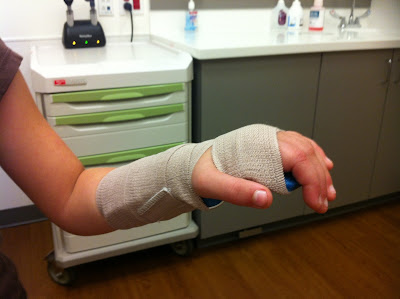 But nothing that a blue cast with sparkles even can't fix! 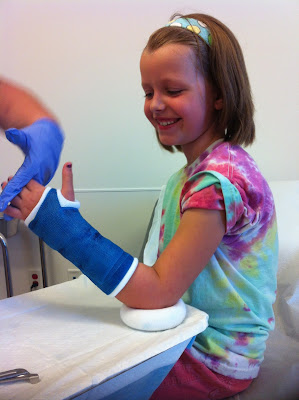