Catching up from Thanksgiving

Well things are slowly but surely getting unpacked at the new house. We are just about settled and I thought I should get caught up from Thanksgiving before Christmas gets underway next week.

My mom and siblings came up for Thanksgiving this year. I wish we had the chance to visit more than we did, but we were still really busy with painting and prepping the new house to get it ready to move in. It was nice though to have them over to watch the kiddos so we could work. They helped a lot with packing up too.

The time we did get to hang out was great though. The kids love seeing Grandma Tutu, and their aunt and two uncles. I was really bad at taking pictures but I did get a couple.

Here are the kids with Uncle Tyler 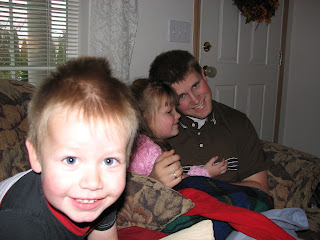 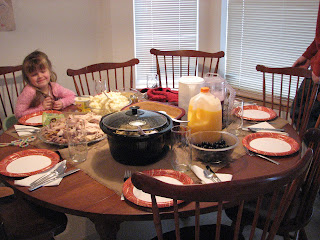 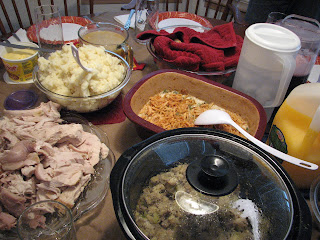 It's a good thing we didn't have to eat much of Ethan's cooking. He brought Aunt Kayla a school bus "sandwich" he'd made between two slices of ?  A diaper? yum yum. Now that's fine dining! 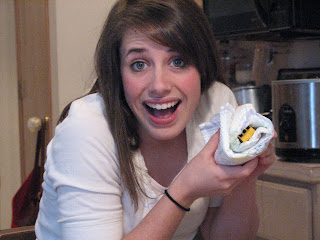 Uncle Tyler pulling the kids around on his feet. So glad he was around
to do that so I didn't have to with my pregnant belly! 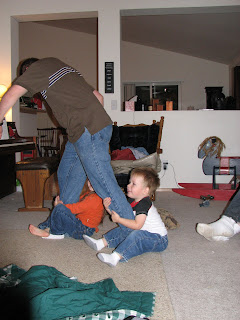 Oh and this is my wonderful hubby Dan. Luckily he no longer has this lovely mustache. His work celebrate 'Movember' for men's prostate cancer awareness month. He would have won too if he would have gone just 3 more days but it just bothered him too much. And I will admit I was NOT sad to see it go early. It bugged me too!

We were sure to get some studly shots of him before it was gone though. Notice in the second and third pictures he shaved off just the sides. He was going for Charlie Chaplin but it looked more like Hitler to me. 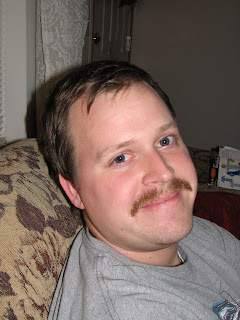 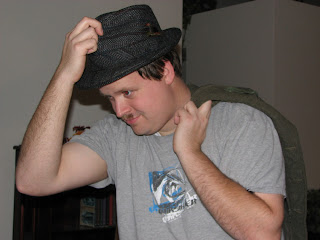 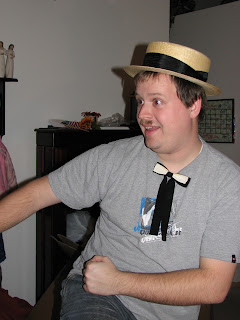 The Saturday after Thanksgiving was the big moving day! So glad that day finally came. It was a good thing after all that we didn't plan on having Thanksgiving in the new place. Washington got a snow storm  that prevented the kitchen appliances from being delivered on time. That would have been bad, wouldn't it? 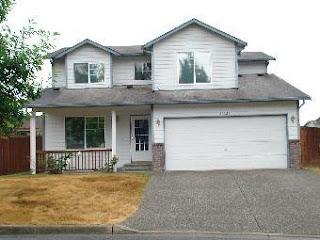