Christmas Day was unlike any others I've ever had. The kids wore themselves out the night before so much that they didn't get up until around 9:30! And even then they had to be woken up. But that also meant that I got to sleep in too! What a lovely Christmas present that was.

We opened up the stockings first and then watched the kids unwrapped the goodies that Santa had brought them. It was so fun to watch them get excited and anxiously wait for the next one to be passed out. I don't think Dan unwrapped hardly anything til the end since he was so busy handing things out to everyone and worked on putting batteries in toys and getting them out of the packaging so the kids could play with their gifts. I loved every minute of it. I too got distracted from the gift opening and took pictures. Hence the reason there aren't any of me here.


Kiera had wanted a bell for her bike for the longest time. She finally got one. Oh the simple requests and joys of toddlers! So easy to please. 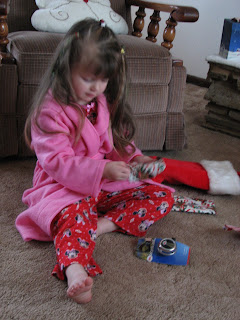 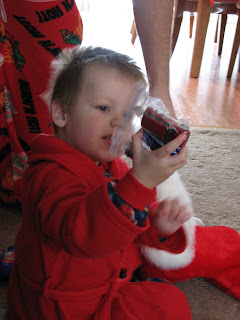 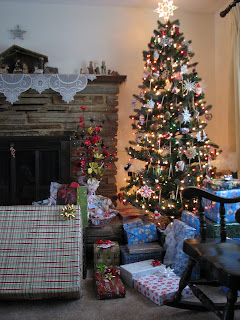 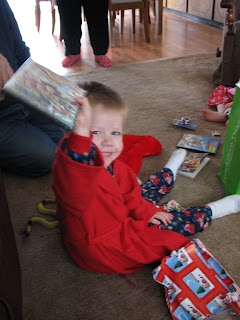 Yes, those really are french fried onions. Santa puts some in his stocking every year. I think he knows how irritated I get when I go to the pantry only to find they've been eaten already by you know who... 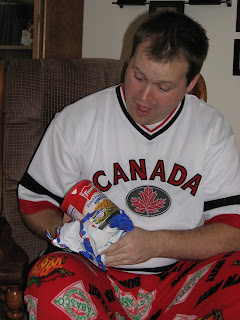 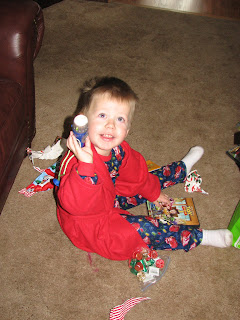 All Ethan asked for this year was a "BUZZ LIGHTYEAR" This toy did not get put down for the longest time. 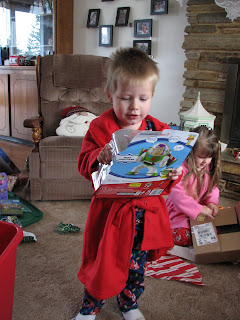 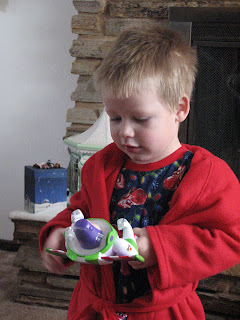 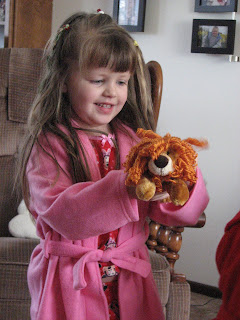 Must have been a Toy Story theme this year. And can I just say that this game is the coolest thing ever. The kids love it and can do it on their own too. It is just right at their level. It is great! 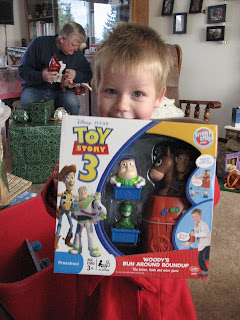 I couldn't get a clear shot of Kiera when she opened up her pillow pet. She was so excited! But I love the look on Grandpa's face in the background. 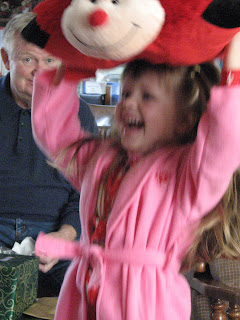 Dan asked for a Guitar this year. He got his wish. What a lucky guy.
(and yes he has been practicing with it) 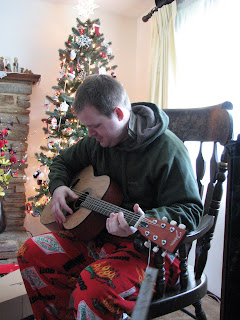 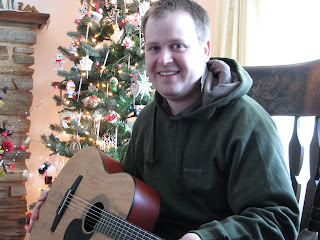 After gifts we had sat down to one of Dan's family traditional breakfasts. Breakfast pizzas, and coconut covered orange slices. mmmmm.
Posted by Goings on at the Glenn's at 5:07 PM