This year we spent Christmas in Oregon at Dan's parent's house. It was good to see family that we don't see as often anymore since we graduated from College and left Rexburg behind. We were able to attend the Draper family annual Christmas Eve Party this year. We haven't been able to do that since before Ethan was born. It was a lot of fun and the kids were spoiled with all the attention they got since they were the ONLY little kids there. 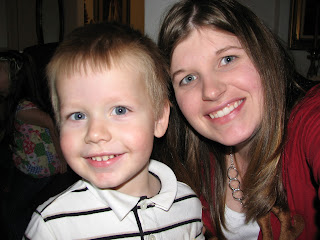 Our favorite cousin Linda and I 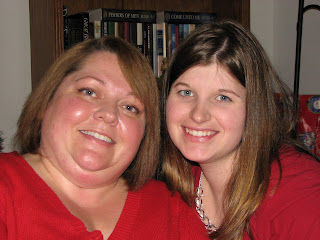 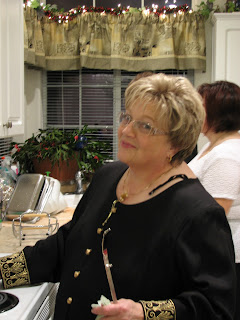 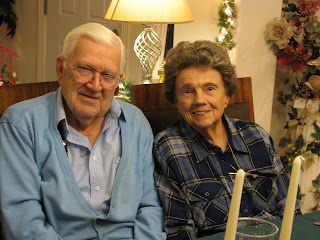 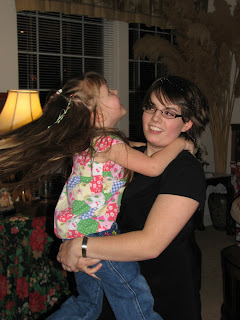 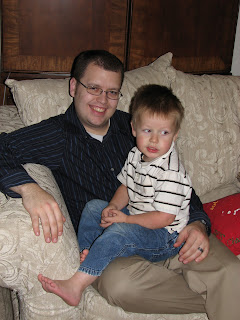 Danica and Linda running chair races with the kids. They loved it! 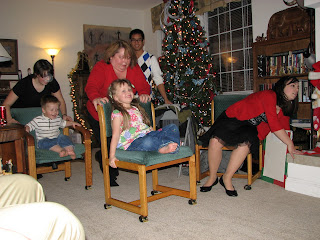 Ethan adopted one of their stockings while we were there. 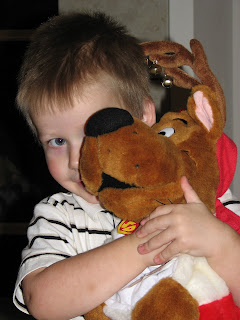 After the meal we had a little Christmas program where people read stories, shared songs, and played games with prizes. It was very nice. Then it was time for the goodies buffet! And I don't say that lightly either. Just look at that spread! 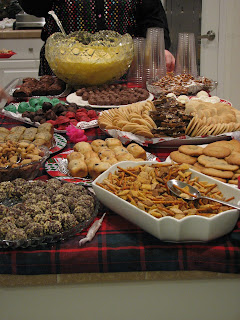 I think the kids were in heaven don't you? 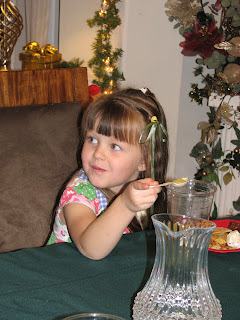 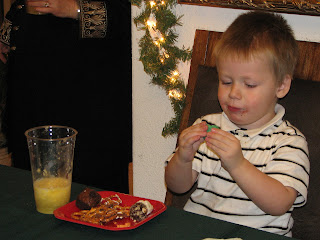 I think Daddy had a little too much to eat.
I think Dan would kill me if he knew I put this picture on here. Shhh. 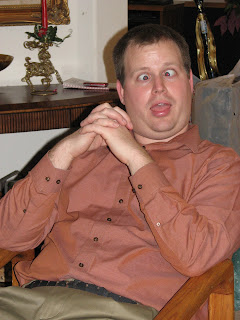