How to Make a Fast and Easy Ice Pack 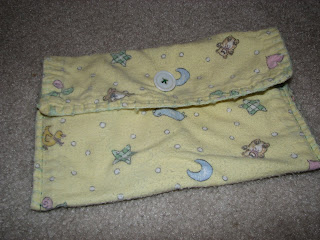 I've been meaning to do put this up ever since my "boys, brother's, and boo boo's" post. In that post I told you about the ice pack I made after getting tired of re-wrapping the baggies of ice in a towel over and over again. I just had to come up with a solution.

I took something that I already had lying around. Something that wasn't being used anymore, and turned it into something useful for right now. A baby burp cloth! It is so simple, and yet so brilliant that I can't believe I didn't think of it earlier! 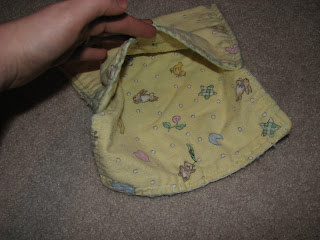 All I did was take an old rectangular burp cloth and turned it into a pocket. I folded the cloth part way up "hamburger style" (I left enough so that I could have a flap with a button hole). I sewed the two sides up with a simple straight stitch (no hemming involved). Then on the flap part I made a button hole with my sewing machine. I then sewed on a button where the hole overlapped and wha la!

Just put the ice in a baggie, put it in the pocket, button it up, and you're all set! It was FREE and we've used it multiple times since. It's amazing how ice cures all of life's troubles when you are a toddler. Now my problem is that I only have one of them. I guess I'll be making another soon. 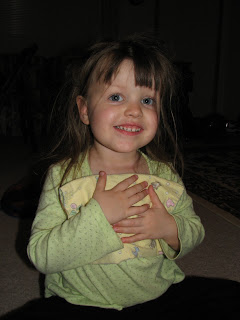 You, my friend, are BRILLIANT! I'm afraid of the sewing machine...jealous of your ability!