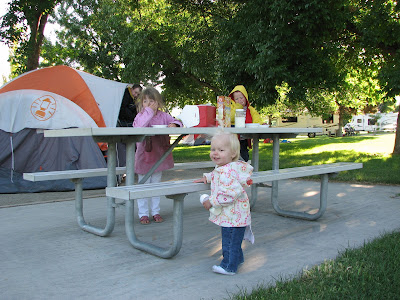 We camped over night at a random campground just after Leavenworth. I don't even know what it was called or how we got there. But it was a nice little place and was right next to a bathroom! Gotta love that with 3 little ones.  I didn't get many pictures of the actual camping however this is from when we were leaving and the tent was already partially taken down. The kids were finishing up their cold cereal breakfast and I took a couple shots.

As we were leaving we drove around the campground to explore the possibility of stopping here again in the future. It looks like a pretty nice place. The water was really high though. Check it out... 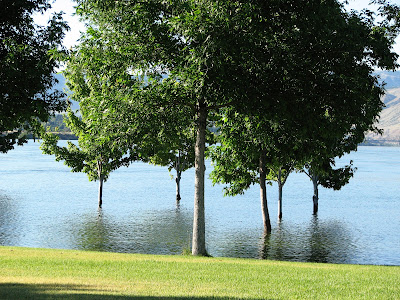 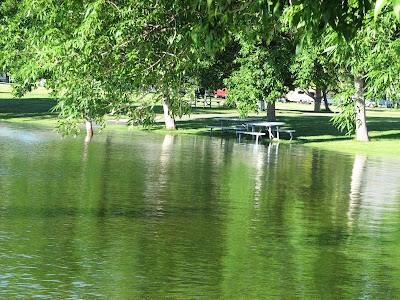 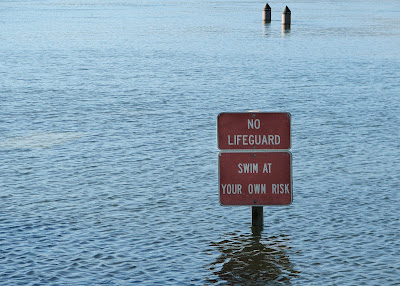 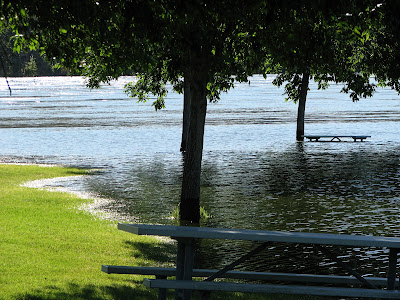 Not exactly the best place for a picnic at the moment. But I am sure it is beautiful when the water is where it should be. There were also basketball and tennis courts, a playground for the kids, a nice looking dock for boating and a really nice covered amputheater/eating area. Not as forested as we're used to but really nice.

The drive was pretty good. The kids did really well and were very pleasant for the most part. It was a long day though. We drove all day and couldn't figure out why we weren't getting anywhere we recognized. We then decided it was because the last time we drove to Boise was when it was dark. So we drove on. However, our world came crashing down when we saw a sign that said in the next 10 miles we would be in Coure de lene'!!!! WHAT! Where on earth did we turn off wrong? We now had about another 6 hour drive added to our trip. It was not fun! So to make our trip bearable we stopped A LOT. We stopped at a river and let the kids get out and throw rocks. We stopped at a rest stop just to walk around and roll down the hill. We stopped at a park and played on the playground, We stopped at a drive in for some burgers. We stopped a lot and it may not have been the funnest of circumstances but we made due and made the most of it.  And I don't think I would change it much either because we got to give our kids some fun memories along the way. And that my friends is what it's all about. 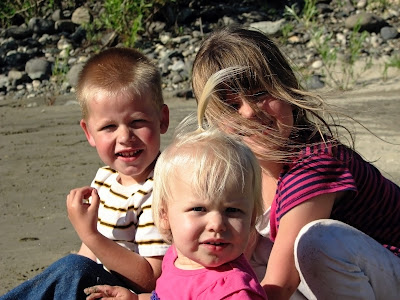 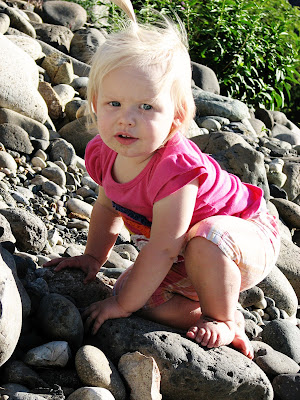 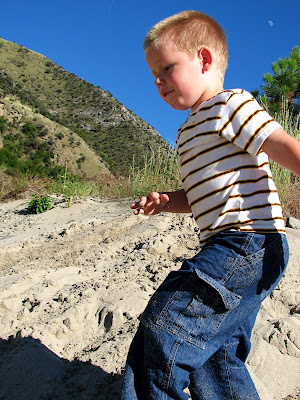 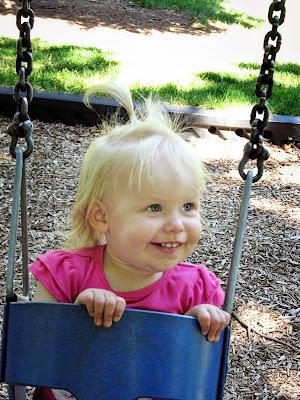 After it was all said and done we pulled into Weiser, ID and stopped again for chinese for a late dinner and then drove one more hour to my mom's house. We pulled in about 10:30pm. It was a LOOONG day. But it was oh so good to see my family! Just that alone made it all worth it.

I do want to mention however that the next day we sat at my mom's computer and bought this... No more unplanned 6 hour detours for us.

So Fun! Next time you are visiting your mom, we need to meet up. I love the awesome pics!