April is a busy month at least this year it was. It's the beginning of spring and it seems to be when I start to kick off tons of projects as the lazy winter drudge wears off. This year Kiera is turning 8! It's so exciting to think about that. And with all that comes birthday plans AND a baptism! I decided I wanted to make her baptism dress for her special day and it just so happened at about the time I decided that was my plan, my mother-in-law Shellie called up and said she was getting rid of her wedding dress and wanted to know if I'd be interested in it for anything. !!!!Um, YES! So that is how the wedding dress makeover began.

I had made a baby blessing dress before out of my old temple dress, so I figured I could do the same thing but only make a baptism dress this time. But man oh man was that first cut nerve wracking! There was no turning back after that. So I cut the dress up and seam ripped the sleeves off, the zipper and the trim to reuse again. I reused just about EVERYTHING including the lining fabric.

It came together wonderfully and I LOVE it! The skirt is in alternating panels of lace and solid satin, lace and solid satin all the way around with a sheer overlay. It is gorgeous! I then made a white sash and attached a clip on flower for my little girl.

I am looking forward to taking her picture in it and love that its made from her grandma's dress. 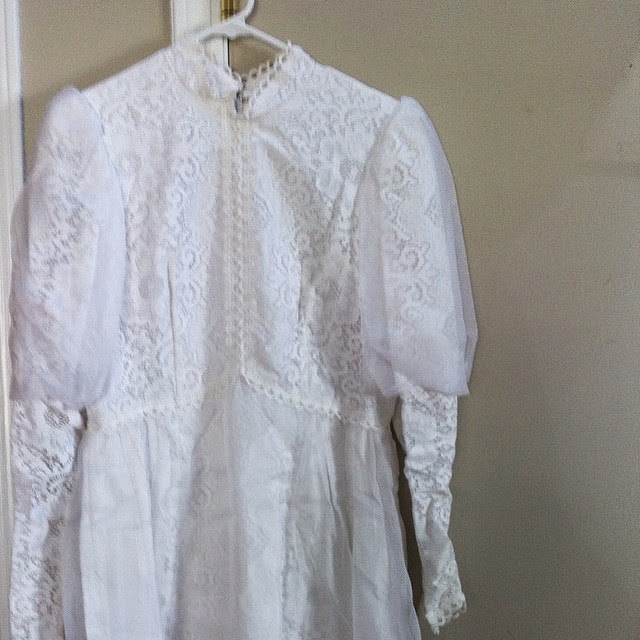 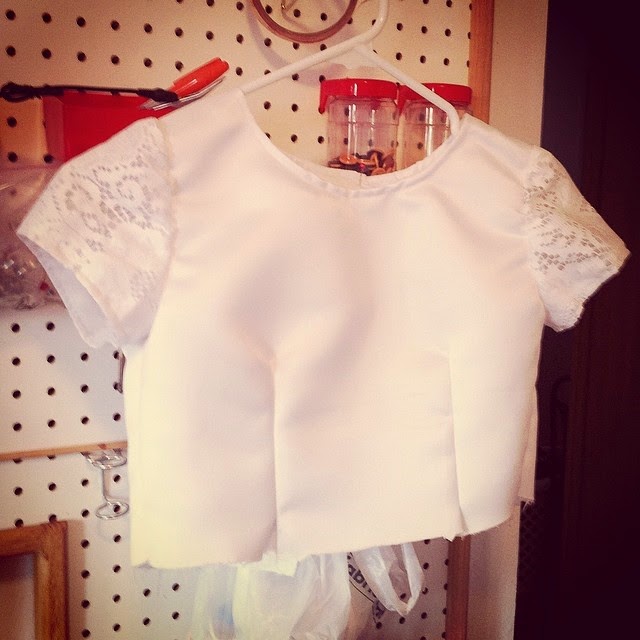 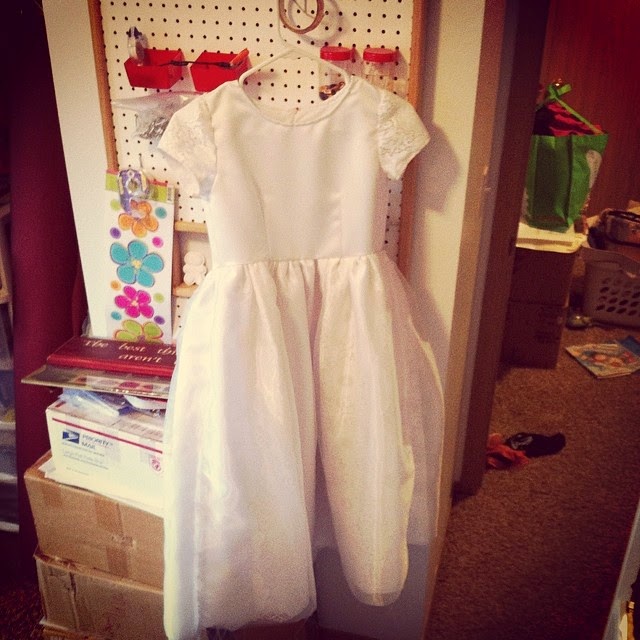 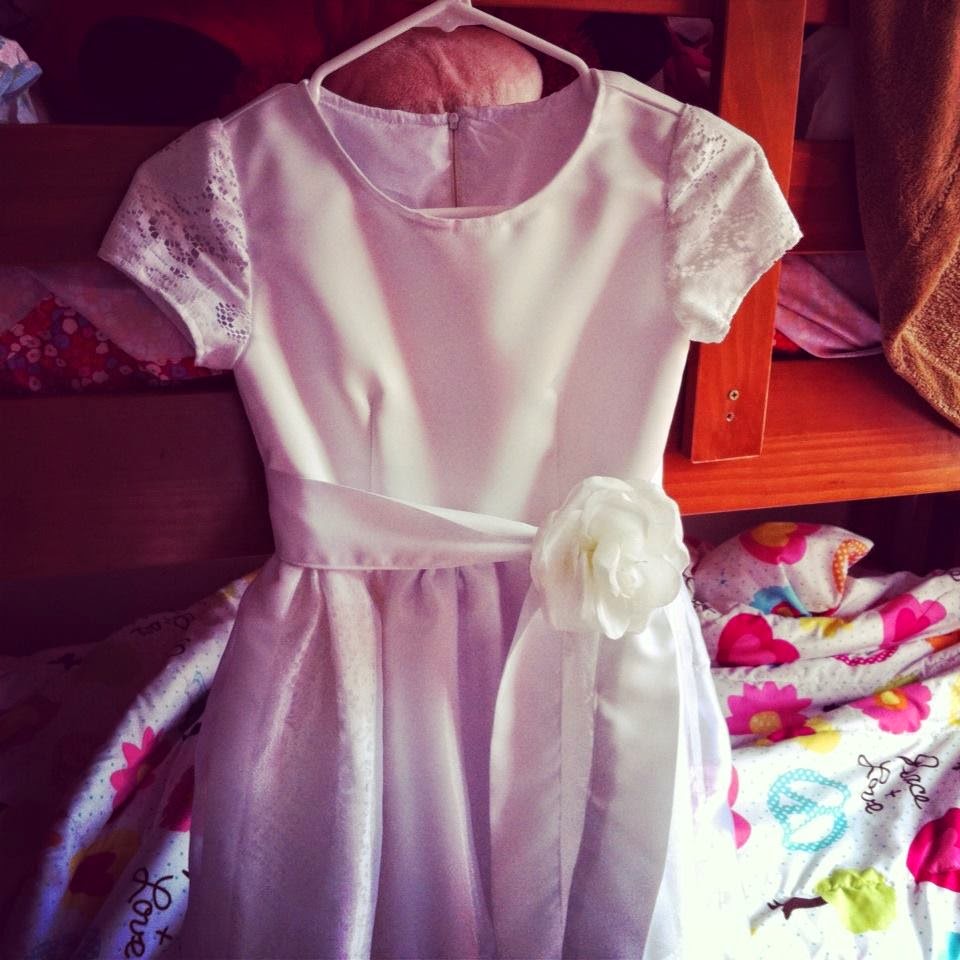 Our latest venture has been one that Dan actually started. He decided he wanted a hobby that paid for itself so he came up with the idea to make outdoor cedar furniture to sell. This was our first bench. It turned out so great I am sad to know that it will probably have to go as soon as someone buys it. (UPDATE: we've sold 3 of these benches now). 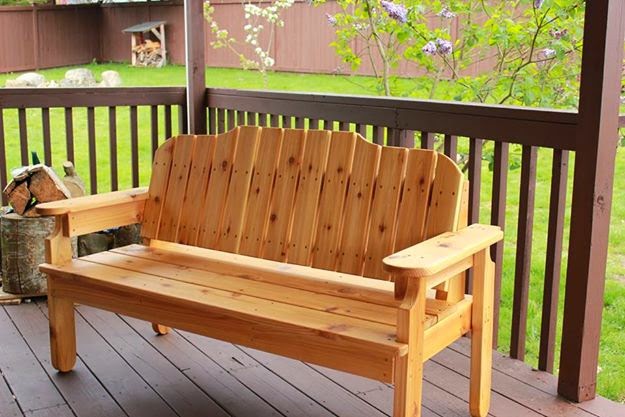 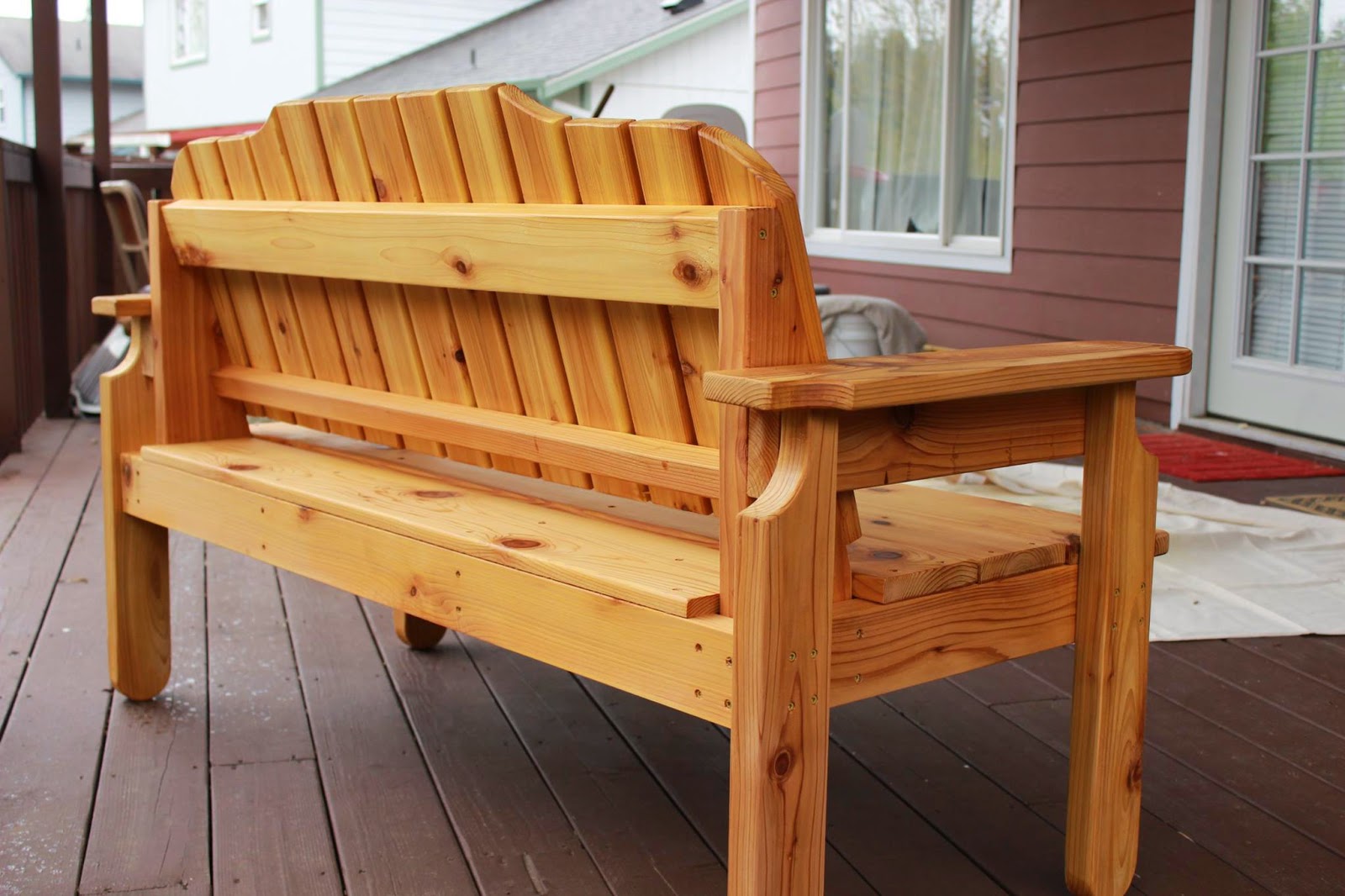 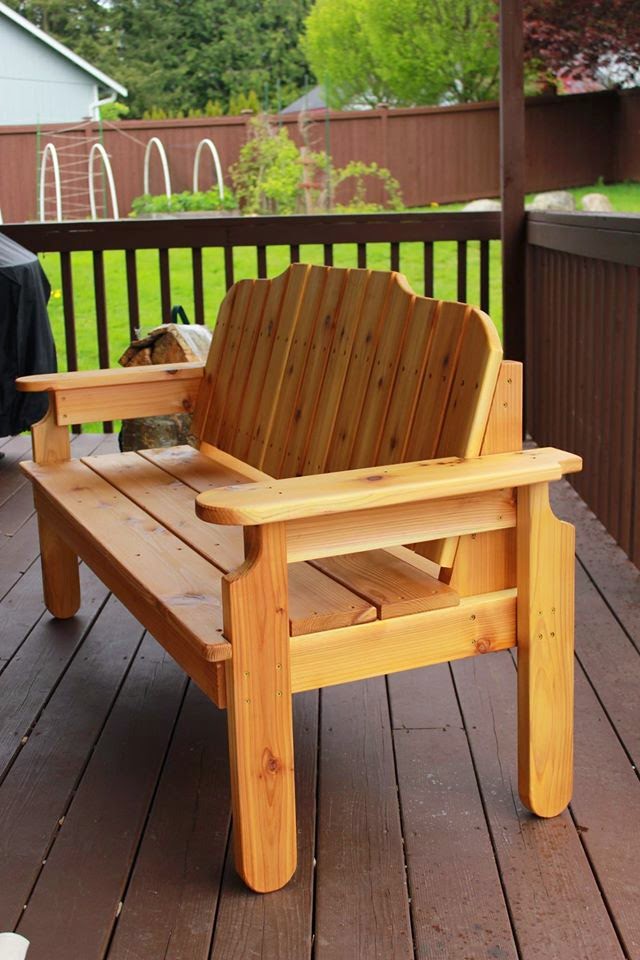 April showers bring May flowers right? Well...they also bring veggies from the garden, and this year I decided I wanted to expand the garden a bit more. So I went to Lowes and got some cedar fencing and pine furring. I found a free plan online at anawhite.com for some garden boxes and ended up making 5 of them. I built them all by myself too! I just built them over a couple days and waited for Dan to come home to move them and fill them with some garden soil I had delivered.

I added one box next to my already existing garden boxes and the other 4 went on the other side of the house. I stapled some weed barrier to the insides and the guys filled them up (Dan and "uncle" Ben). Now to get planting! 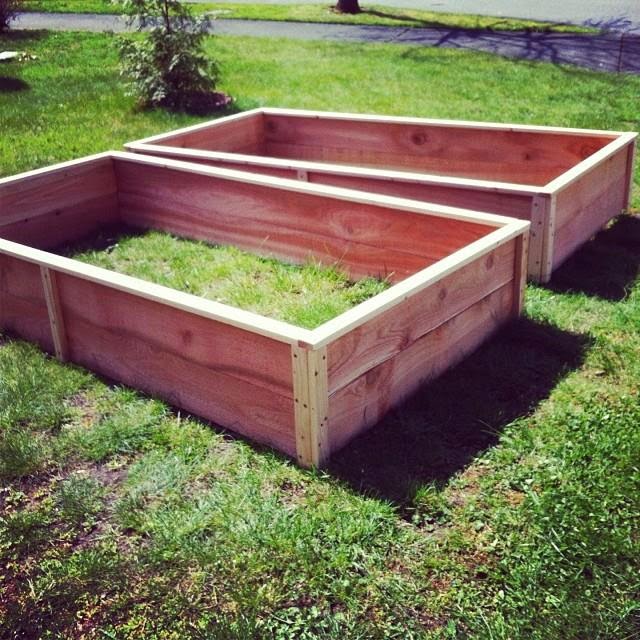