June A Tough Month With a Bit of Silver Lining

June was kind of a tough month for us. We grieved the loss of Dan's great Aunt and Uncle Lib and Cuz who were in their 90's and died in a nasty car crash. And just a couple days after that, my cousin's grandma Norma Mitchell (who was pretty much my second grandma) passed away as well after a battle with some seziures and coma.

I also stressed about the prospect of having to have a c-section with this pregnancy since my placenta was low lying and was blocking the cervix. Luckily at my most recent ultra sound that they did to check up on everything we found out it had stretched out of the way! Soooo relieved to not have to go through a c-section!

Shortly after the good news of not having to have a c-section we were hit with another blow. Dan was laid off of work unexpectedly. His company failed to land a new contract and so they laid off everyone involved in new product development. Dan said he thinks about 1/3 of the company was laid off. It came as a total surprise.

The unfortunate part of it all was that Dan's boss was out of town on vacation when the lay offs happened. After Dan was laid off he sent his boss a text thanking him for the help and encouragement throughout the years and said his goodbyes. Shortly after, his boss replied confused and asked what was going on. Dan told him he'd been laid off. Come to find out Dan's name wasn't on the list his boss had given. So when corporate came in and gave them a head count of how many people they'd have to let go Dan was cut too. It was a bummer his boss could be there to stop it from happening. But we figure we must have something better in store for us.

It is just frustrating that it happened now when we're about to have a baby. We're just thankful his severance pay and benefits which includes medical coverage will last up until 4 days after our due date.

We did however manage to have some good and fun things happen this month. We got tickets to a Mariner's baseball game and the kids got to try the amazing garlic fries and had cotton candy and ice cream too. And we WON! Go Mariners! 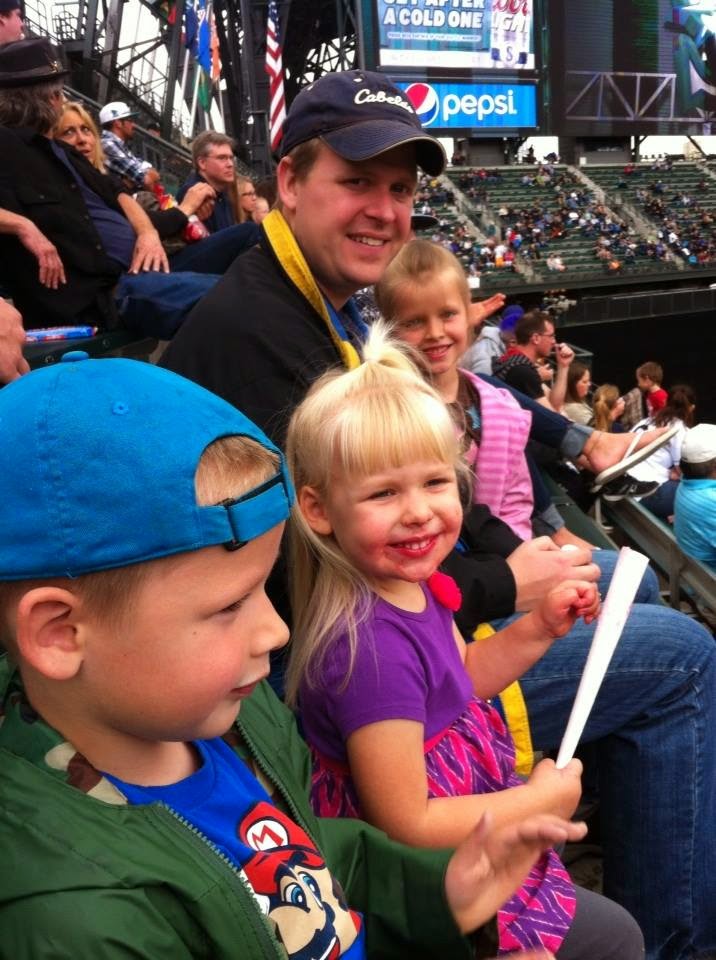 I decided I wanted to makeover our ugly card table. I always hate getting it out and having to cover it with a table cloth when we have BBQ's and such so I bought some cute vinyl tablecloth fabric to give it a facelift.

For one of our family night activities we decided to try our hand at Tie Dying. I bought a kit from JoAnne's the day just before Dan's layoff and was so glad that I did. The kids had a lot of fun and even with all the mess the shirts turned out pretty fantastic. 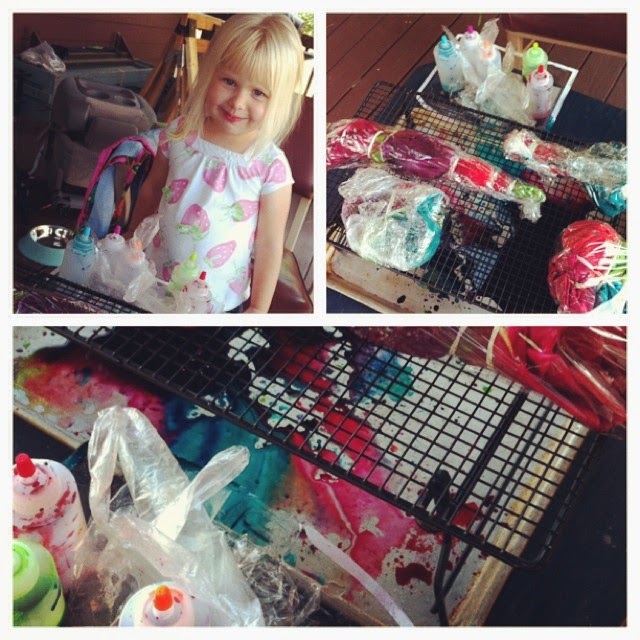